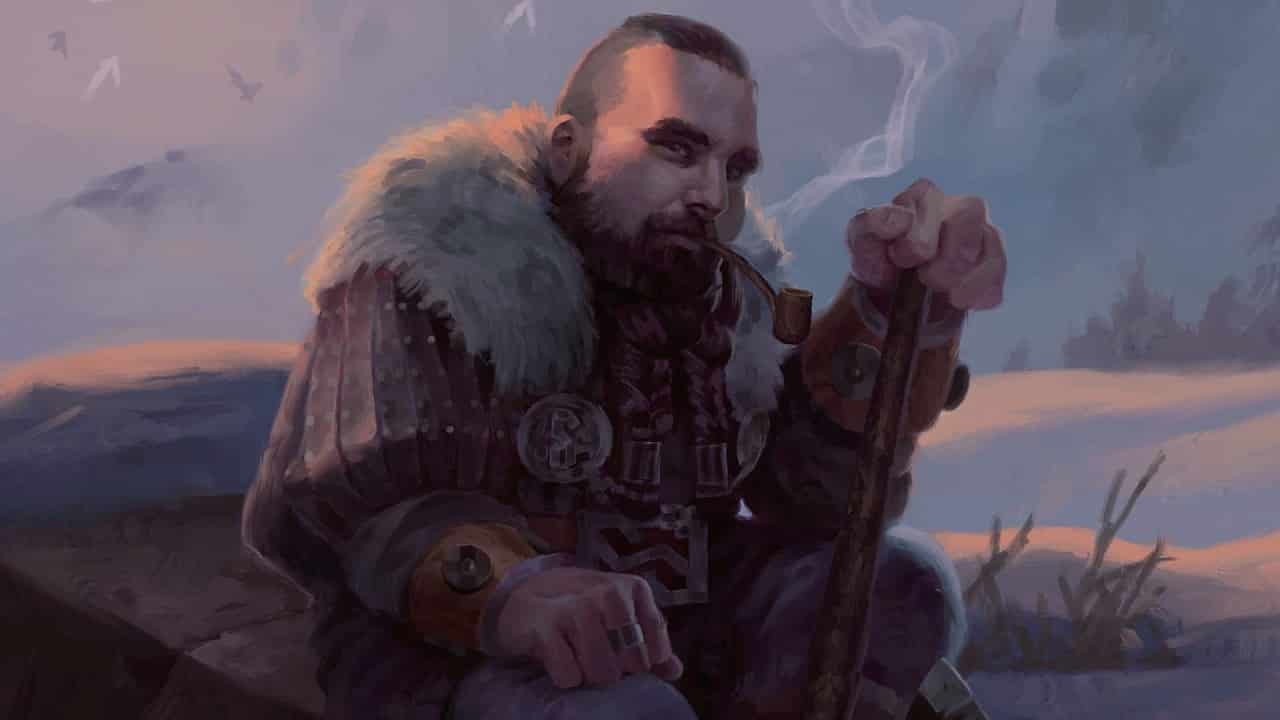 How to become a Gwent pro

Hey everyone, Lorakko here. I’m a member of TLG’s content team and today I’m joined by Saber97 to talk about the topic mentioned already in the title - I hope we can shed some light on how one can become a professional Gwent player and reveal the key factors to staying at the top once you get there.

Lorakko: Saber, what did it take for you to become a pro?

Saber97: Before I try to answer that question, I would like to tell you a bit about myself. Quick flashback to a few years ago: I have always liked competing in different sorts of games, especially the multiplayer ones, but I have never been anywhere close to playing anything at a competitive level. Why do I think it’s important? Because I’m certain being good at Gwent doesn’t require any type of specific gift or talent.

There are, however, several other aspects that you need to master to compete at the highest level and this is what I would like to discuss today.

L: What does it take to reach the highest level of Gwent?

S: No matter how brilliant you are at the game, it’s necessary to be willing to commit a serious number of hours each day to compete. Put simply, if you don’t do this, you won’t have enough time to get a sufficient score before the season ends. With that said, you should be cautious about how you invest your time. The later in the season you are playing, the higher estimated MMR gain you will have per game.

This is due to how MMR inflation works - at the beginning, every Pro Rank player has a base fMMR of 2400, while by the end of the season the average fMMR of players you’ll meet is far greater. This results in higher average gains per game when you win and smaller losses when you lose. As such, it’s generally recommended to play a lot of games in the very late stages of the season, although it never hurts to play early in the season as well.

L: How much time or how many games are we actually talking about?

S: In my experience, it’s required to play around 500 games a season to get high enough scores to fight for the top spots. This does of course vary depending on how good you are and when you play these games, but I believe that 500 games is a good estimation. This is equivalent to approximately 100 hours per month or 3-4 hours per day.

S: Regardless of how good you are at Gwent, you will experience loss streaks and you will lose to RNG at times. When the variance is against you, it’s extremely important to have a way to deal with it. Naturally, most players will play significantly worse whenever they start tilting.

L: And how do you evaluate your own abilities in this matter?

S: Personally, I’m rather good at dealing with this and I can play longer sessions without getting frustrated, but as soon as you notice that you are starting to get tilted, it’s very important to take a break.

Another aspect you need to deal with is anxiety. While it’s normal to feel anxious when pushing your peaks, it can be just as bad as tilt. A little bit of anxiety can be good for your focus, but too much of it will make you start overthinking simple and obvious decisions.

S: My two previous points apply to most competitive games, but this one will be more targeted towards Gwent. You are going to make several decisions throughout every game of Gwent and making the correct calls is probably what is most commonly referred to as skill. But why are some players achieving a way higher winrate than others? The first factor that comes to mind is experience.

Someone who has played several thousands of hours of the game will clearly have an advantage over someone who just started out yesterday. However, if I take a look at my friend list in Gwent and sort by playtime, then I will find very few pros near the top. This indicates that experience is a deciding factor up until a certain threshold. After that point, any additional experience won’t give you much of an edge anymore.

L: What can give you that edge? How is it possible for some players to make better scores in 500 games than some others do in a 1000?

S: I believe that having the right approach to decision making in Gwent is crucial. The first thing you need to realize is that your opponents will make suboptimal plays. This statement is true regardless of whether you’re at Rank 12 or fighting for the top spots on Pro Rank. Even the best players make mistakes and the chances are that you are not queuing into the best players most of the time.

L: I see, but why is this so important?

S: Each game you either win or you lose. If you win, your brain will give you a certain level of satisfaction. You will think that the decisions you made throughout the game were correct. The opposite thing happens if you lose. You feel disappointed and maybe even frustrated. You will conclude that you made some bad decisions which ultimately led to your defeat…

L: What do you mean by that? Shouldn’t the better player always win?

S: In essence, at the start of each game, only one player is given a winning line. This means that there will be games where you play perfectly and still end up losing. This can occur either because of bad draws or a bad matchup. It’s very important that you don’t evaluate your games based on the result, and instead focus on the process rather than the outcome.

Imagine what happens if you end up in the same position a few games later and start making suboptimal plays because your optimal line of play didn’t work last time? Now all of a sudden you might end up losing even though you knew the winning line right from the beginning!

L: What sort of tools do you use to improve the quality of your decisions?

S: One of the first things you learn in Gwent is how to sequence your cards well. If you are playing a Thrive deck, you start with your low power Thrive cards and then you play your big units in order of strength. When playing an Assimilate deck, you start off with your Assimilate engines before using your Create cards.

Then you probably develop some general idea of your macro game plan. Does my deck do well in a long round? Or does it like to bleed? All of this is important and can be learnt by reading deck guides or watching streams, but the real skill is being able to adapt to the information you get from your opponent.

A technique that I like to use is to always imagine what my opponent could have in their hand. Obviously, it’s easier if you have a lot of experience, but even if you don’t feel too confident, you can look at our meta report and use it as guidance, given that most Pro Rank players use optimized decks.

L: Okay, how does the visualizing of your opponent’s hand work?

S: Each deck has an ideal opener in every given situation, and if your opponent didn’t play that card, then you can already cross it off the list. Now, let’s say that a few turns later you play a 4-point engine and the opponent responds with a 6-point removal card like Parasite. This most definitely means that the opponent doesn’t have access to any 4-point removal cards like Natural Selection.

Almost every play the opponent makes gives you some sort of information that you should take advantage of. This might seem irrelevant at the start of the round, but as the round goes deeper, it becomes more and more important. You will be able to make use of this information to decide if you want to push deeper into the round or if it’s better to hold onto your gold cards for another round.

L: But sometimes you have to push, right?

S: That’s another aspect of Gwent that I see a lot of players messing up - they’re too focused on their own macro strategy. You might know that you lose a long round in a certain matchup, hence you should try to win Round 1 and bleed. It’s fine to be aware of this and try to achieve it, but you always have to be aware of the cost associated with it.

If you have to vastly overcommit or go several cards down, then it might be better to let the opponent have it their way and hope that you can outdraw them.

L: Speaking of draws, you can sometimes lose just by not finding the cards you need at the right time, can’t you?

S: Honestly, I think that people bluff way too little. If you are up against very good players, then they will know exactly what reach cards you have in your deck even if you didn’t draw them. It’s often fine to play like you have those cards to force the opponent into an awkward situation.

Sure, it’s a high risk strategy, but it has definitely paid off for me more often than it has let me down.

L: It seems like it all involves maximum player agency and 100% focus. Is it possible to maintain such a level of play while streaming? And while we’re at it, how do you enjoy creating Twitch and YT content?

S: I really enjoy streaming, but I prefer to do it in shorter sessions. Even though I’m a pro player, it’s interesting to get some input from the community. People often have bright ideas that I didn’t consider myself. I don’t think that I necessarily play much worse when I stream in short sessions, but streaming makes it more difficult to climb due to stream snipers.

I don’t think this is an issue before I hit around 2600 fMMR since it’s so easy to climb, but at some point it becomes a bit more problematic.

L: I would assume that you plan on getting more of those 2600+ scores, right? In other words, do you plan on competing in the third season of Gwent Masters?

S: I haven’t decided yet, it depends on the format of the new competitive season. I don’t plan on grinding Crown Points again since I also want to devote more time to my final year of uni, but I would like to participate in some qualifiers and spend a bit more time streaming. I have also started sharing content on my new YouTube channel.

L: Thanks a lot for your time and the whole idea for our article, Saber!

S: It was a pleasure to have this talk with you, Lorakko! As you know, I really enjoy sharing my insights with the community, so I’m looking forward to working together with you on the next one.

L: Big shoutout to all the readers who got this far. If you have any suggestions on what to improve or what we could talk about the next time, make sure to let us know. Happy Gwenting!