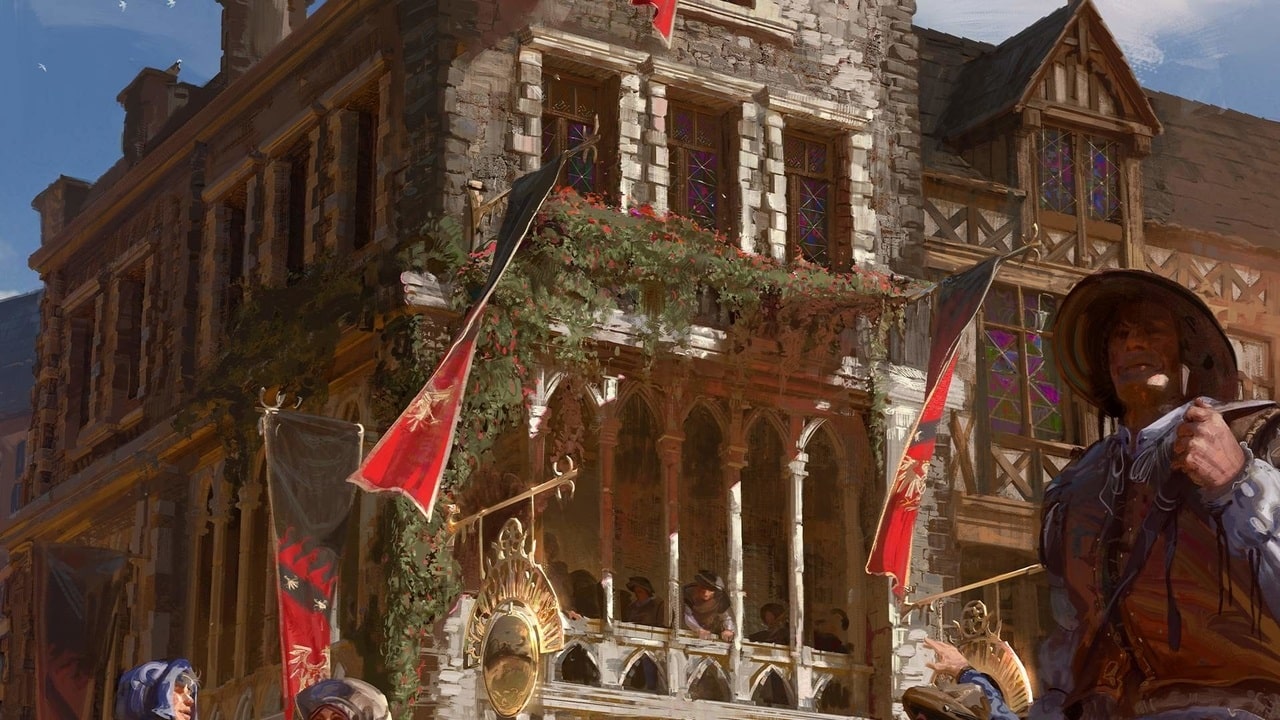 Hey guys, SpyroZA and Thekeyer here. We watched an amazing finale of the EGC series last weekend and we decided to write a bit about the Gwent tournament meta and how it evolved since the last event. We also interviewed the winner.

EGC (European Gwent Collective) organized a series of community online tournaments. Multiple Gwent pro teams have hosted online qualifiers and from all the events, the best 32 players got into the LAN qualifier that happened last month. Top 6 players got into the LAN finals in Lucca, Italy to fight for the prize money, while EGC took care of all the travel and accommodation expenses. You can follow EGC on Twitter or check out their website for closer information about EGC.

SpyroZA and Trynet123 from Team Rankstar also casted the whole event and streamed it on Twitch. Spyro is uploading the cast to his youtube channel so make sure to check it out if you're interested in some tournament gameplay. 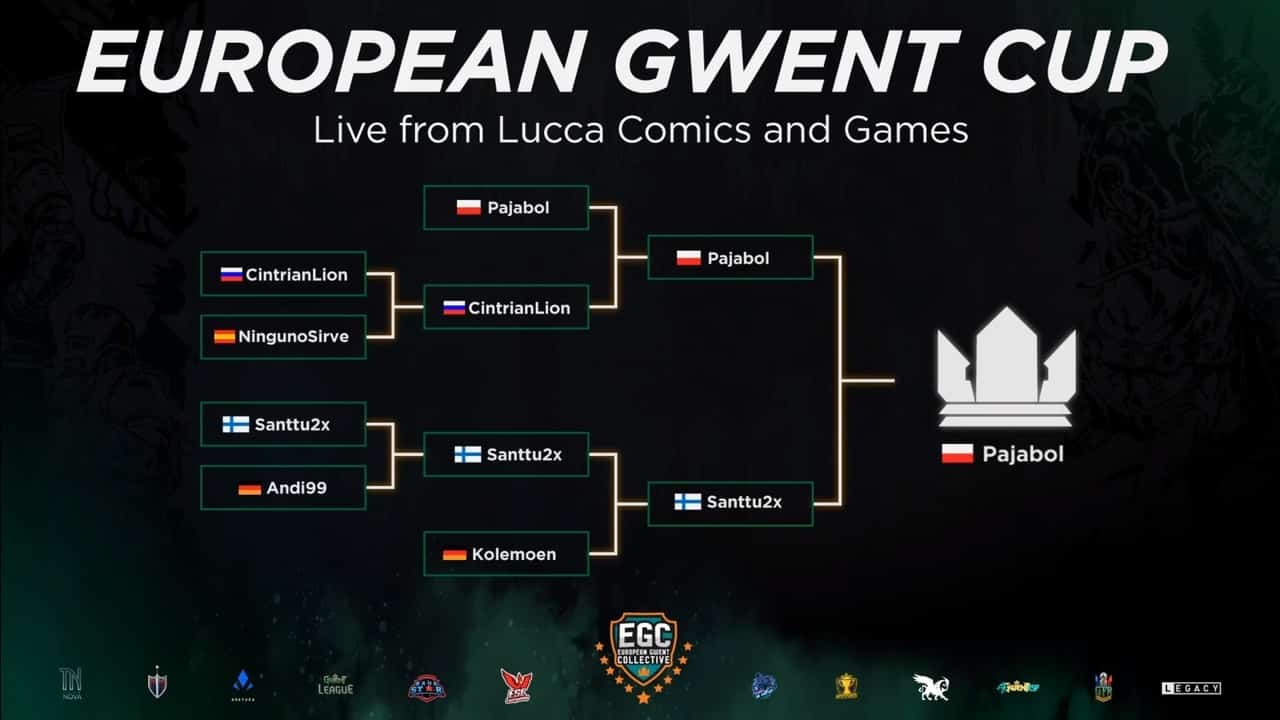 EGC circuit LAN finals, held at Lucca Comics & Games, was a single elimination tournament with 6 awesome contenders. Players competed in the conquest format, with 4 factions and 1 ban. Syndicate was of course banned in every single series. Our very own Pajabol won the online qualifier, with Kolemoen as the runner-up. They started the LAN event in semifinals. 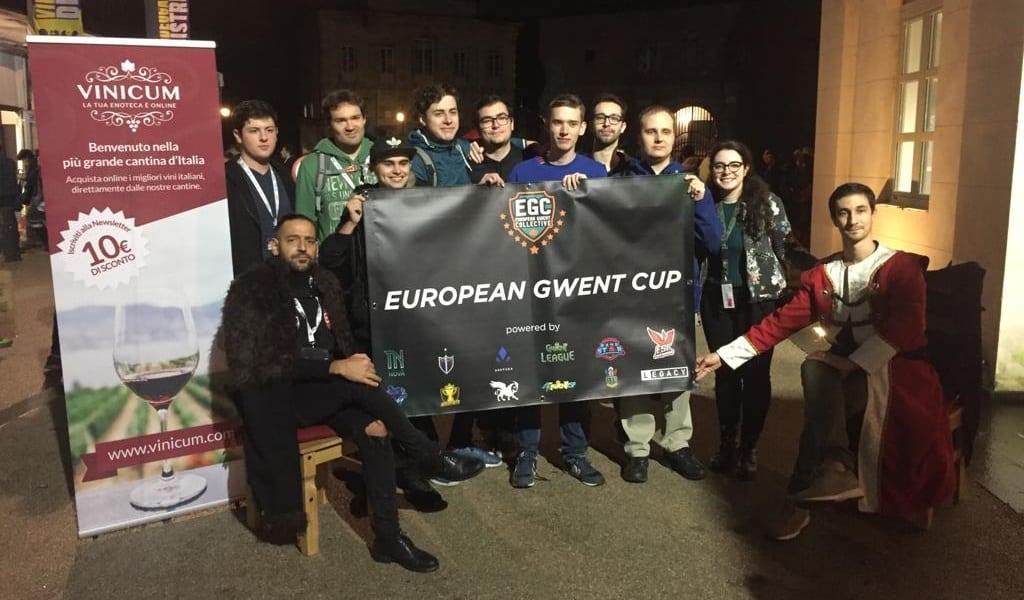 Since the Top 32 online qualifier for this LAN event, the meta has matured quite a bit and the players had more time to analyze it deeper. This has caused a different faction distribution than in the qualifier.

During the last season, Mystic Echo and Wild Card have proven to be the two most reliable leader abilities, both played in multiple variations. We saw exactly 50/50 split with Dwarfs vs Harmony for Scoia'tael and Portal vs no-Portal in Syndicate. Northern Realms became very hard to target, as they now have a whole range of different decks from Pincer Maneuver engine-overload to a control-oriented version or the classic Inspired Zeal Blue Stripes.

On the other hand, Skellige struggles in most matchups and is now considered to be the weakest faction. The 4th deck was thus a choice between Monsters and Nilfgaard. Though the majority of players would have expected the last deck to be between Blood Scent and Enslave, it's extremely risky to try and target only one of them. For this reason, most of the players opted for bringing reliable line-ups that are overall solid and difficult to counter. Let's take a look at the popular soft-target cards of the tournament.

Lambert: Swordmaster is a great card in a conquest format in the current meta. He will always play as at least a 8 for 9 and can often be game-winning vs Mystic Echo Dwarves, Inspired Zeal Blue Stripes or Arachas Swarm. Despite the tournament having the open decklists format, he remains strong as you can't really play around him. For example in one game, we've seen Lambert denying Rowdy Dwarfs, making Munro Bruys a sad 7 for 11 play. The ability to potentially shut down Dwarves - one of the best decks in the game - for only 9 provisions is pretty good, isn't it?

Alzur's Thunder was a popular inclusion, mainly to soft-target the Enslave decks playing Stefan and Damien. It's a rather safe addition, as it always finds value when used to remove an engine. For Northern Realms, most of the contestants have included Pellar because the faction lacks an offensive Purify for the enemy Defender.

Moon Dust was teched in a few decks not only for the Purify, but also to counter Nilfgaard's Hefty Helge. A good example of how punishing Helge can be when unanswered can be seen in one quarterfinal match between Santtu2x and Andi99, where Santtu's unanswered Helge steamrolled through Round 2, resulting in a 2:0 victory.

After the recent changes to Syndicate, the buffed Vivaldi Bank is a good substitute for Royal Decree. This opportunity was noticed by most players, especially in the Portal version of Wild Card, as Vivaldi Bank guarantees you the access to Portal. 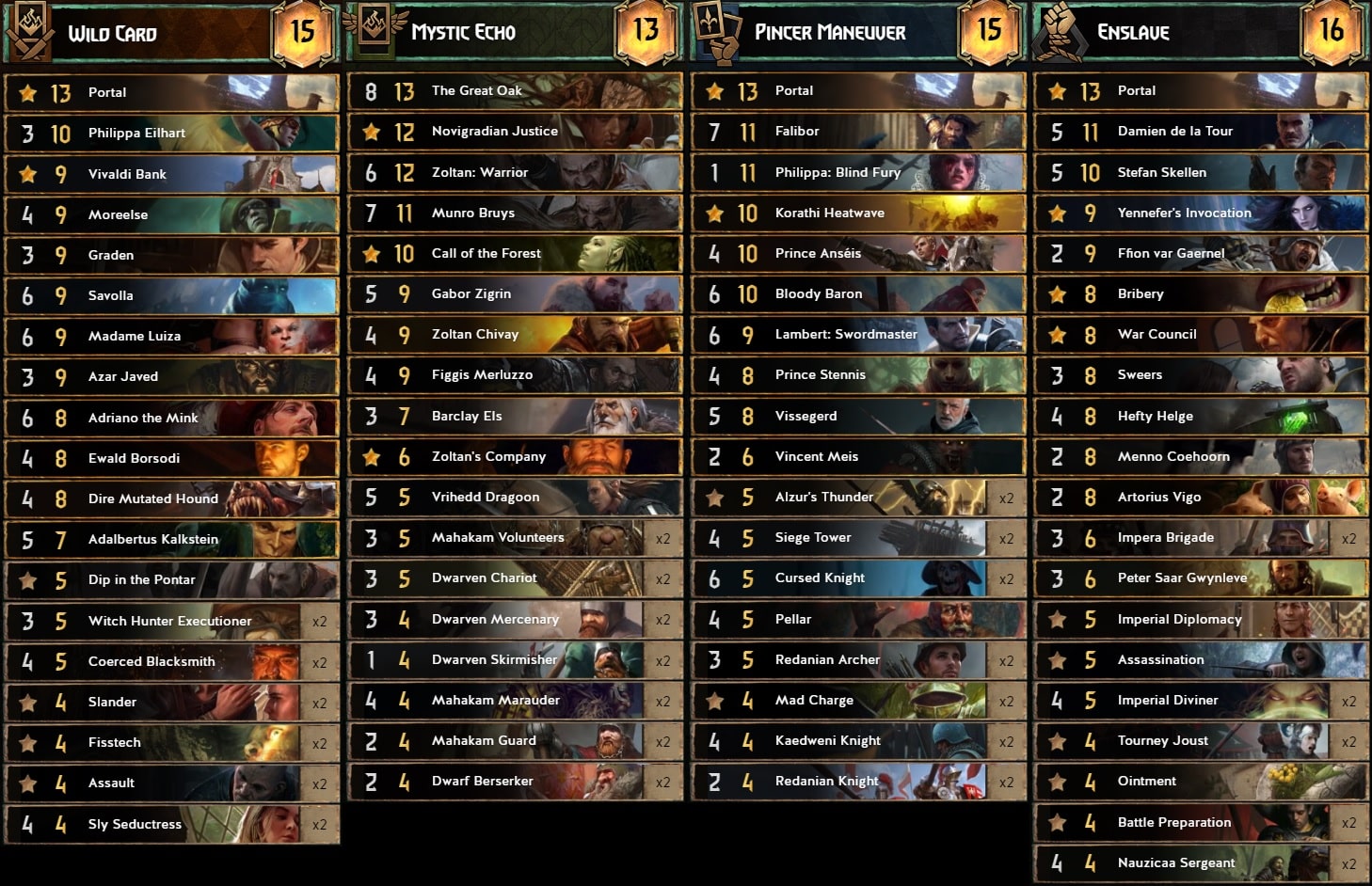 CintrianLion - infamous for his unorthodox deck-building methods - has decided to keep his line-up down to earth this time around. In his Wild Card deck with Portal, he managed to keep all the power cards by cutting Ferko. The Mystic Echo Dwarves and Pincer Maneuver Control decks were standard, but the viewers were able to find some of Cintrian's magic touch in his Nilfgaard deck. He decided to keep Impera Brigades and included Peter to deal with any pesky boosted units. 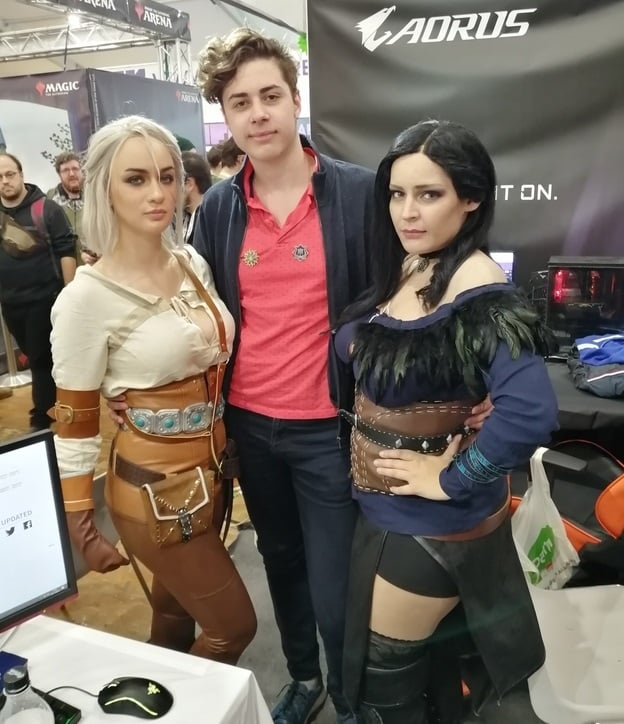 CintrianChad has charmed the ladies, no hover hands can be found on this picture 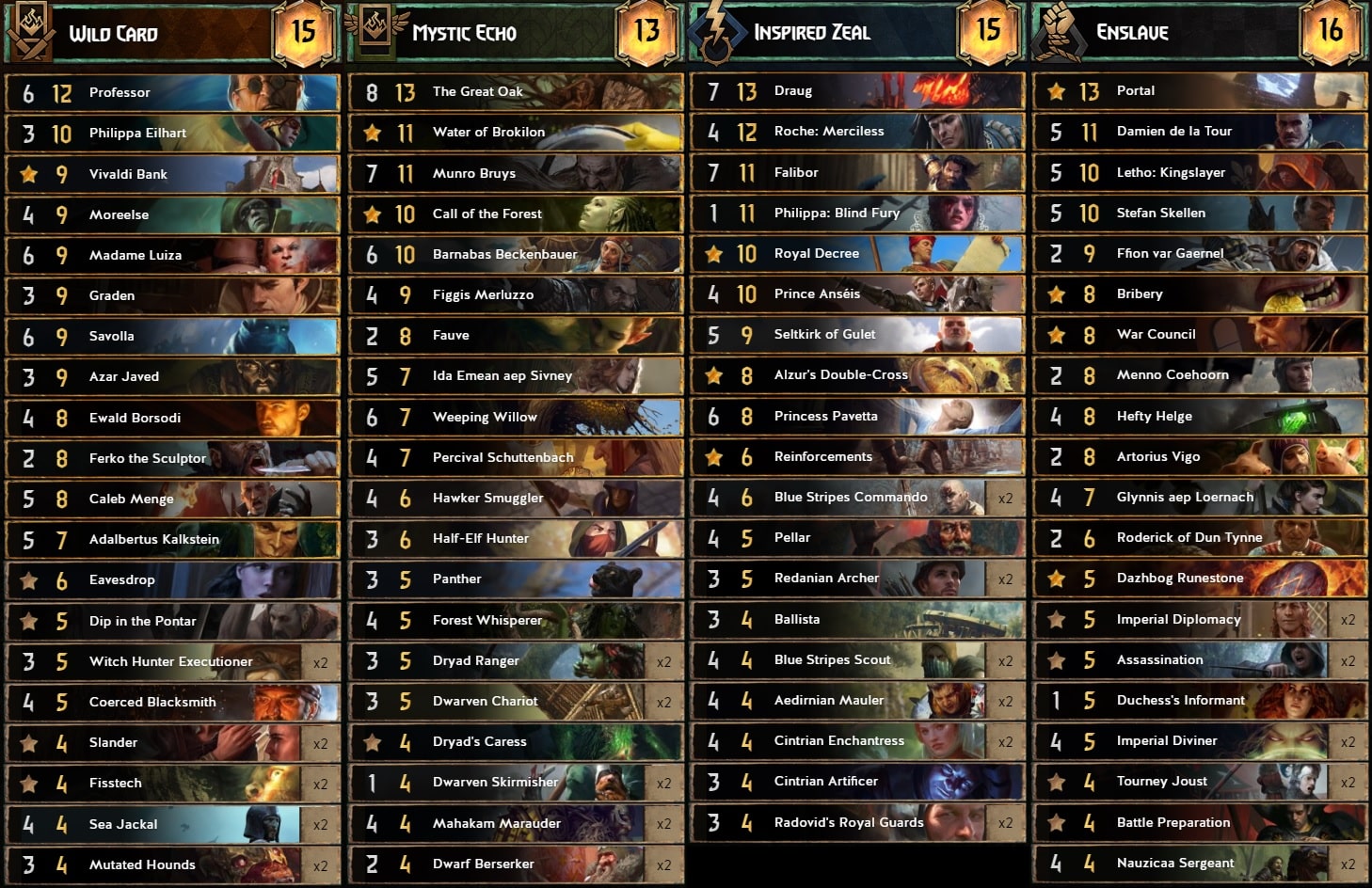 NingunoSirve from Team Nova brought well-tested decks that have proven to work on the ladder, often with a bit more of a greed factor. He opted for Harmony with 4 Poison units instead of Dwarves for his Mystic Echo deck and you can find a few spicy cards like Letho: Kingslayer in his Enslave and Reinforcements in the Inspired Zeal deck. 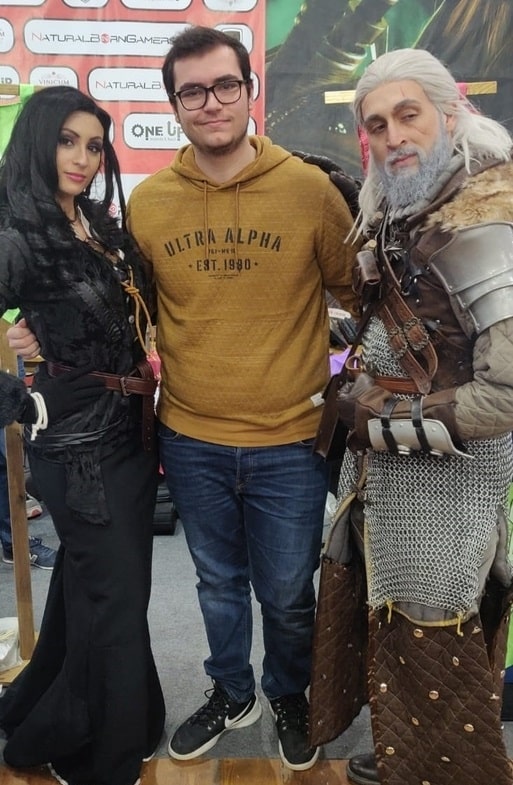 Ninguno with Geralt and Yennefer 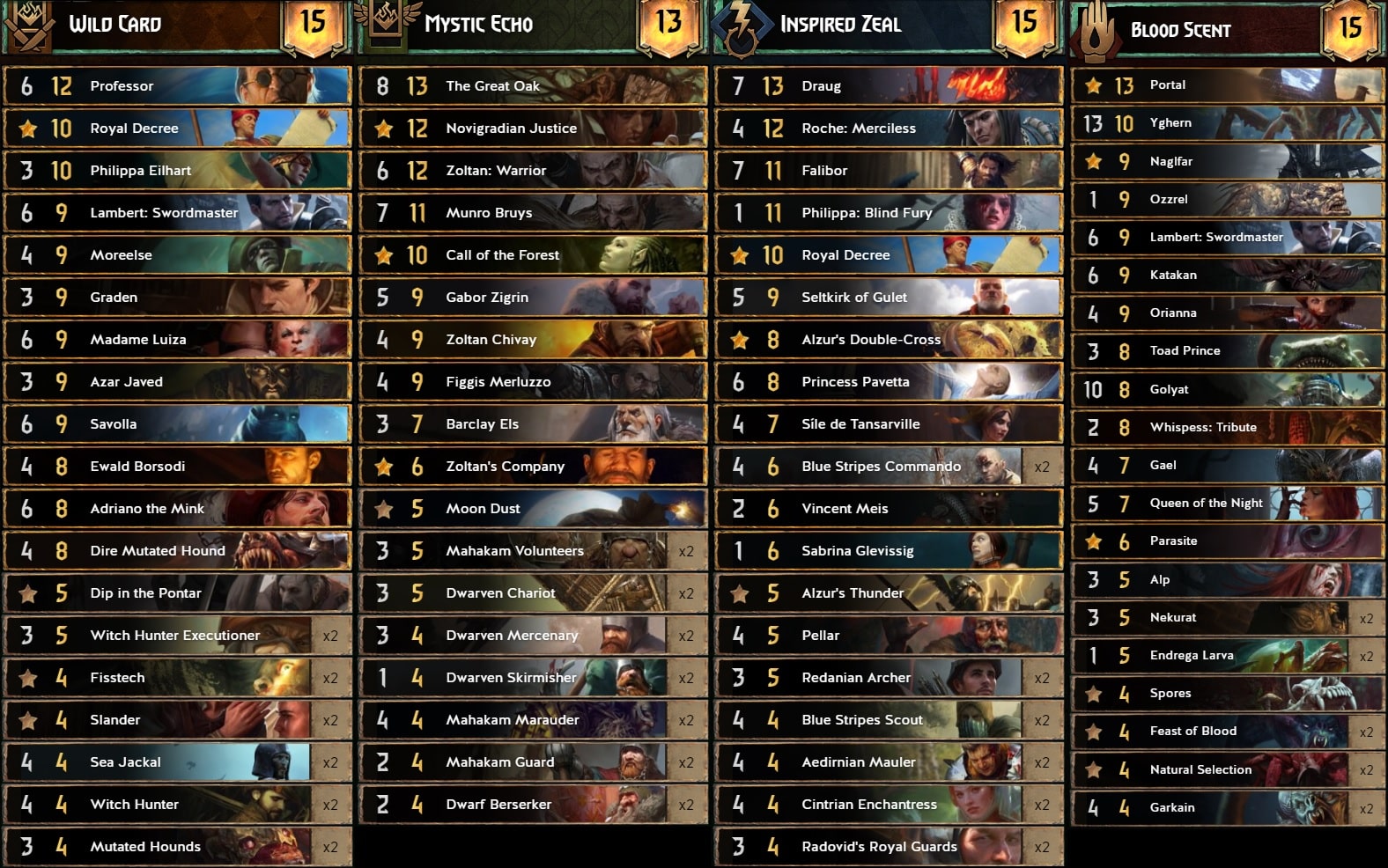 Andi99 from Team Legacy created his line-up in a smart way to avoid the Nilfgaard targeting by choosing to use Blood Scent instead. Additionally, he soft-targeted Nilfgaard and Mystic Echo Dwarves with a few card additions. It's also worth noting that Andi had the only Syndicate deck with Royal Decree, rocking Lambert: Swordmaster and Adriano the Mink instead of Ferko in a non-Portal version. The Inspired Zeal Blue Stripes deck had both Sabrina and Vincent Meis and he hoped to find some good matchups. 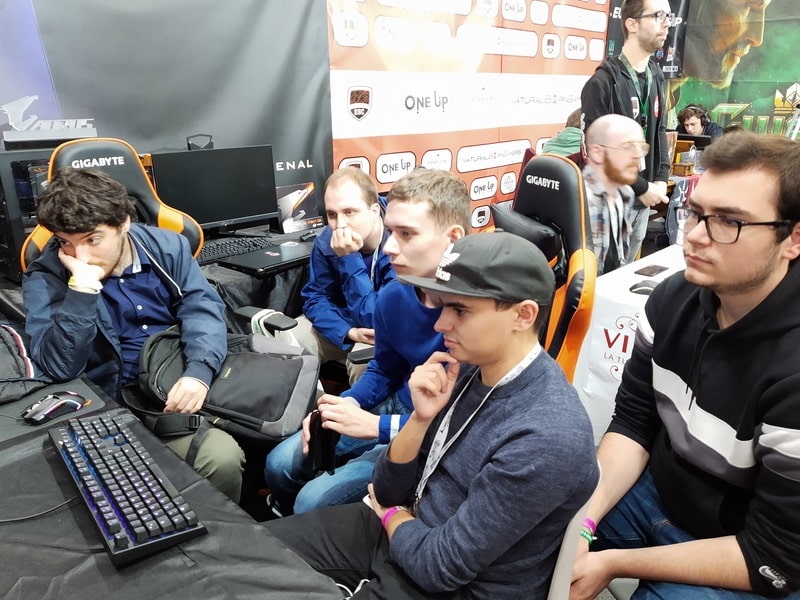 Andi (with the cap) lost in thought, probably wondering how the perfect Enslave Shupe deck would look like 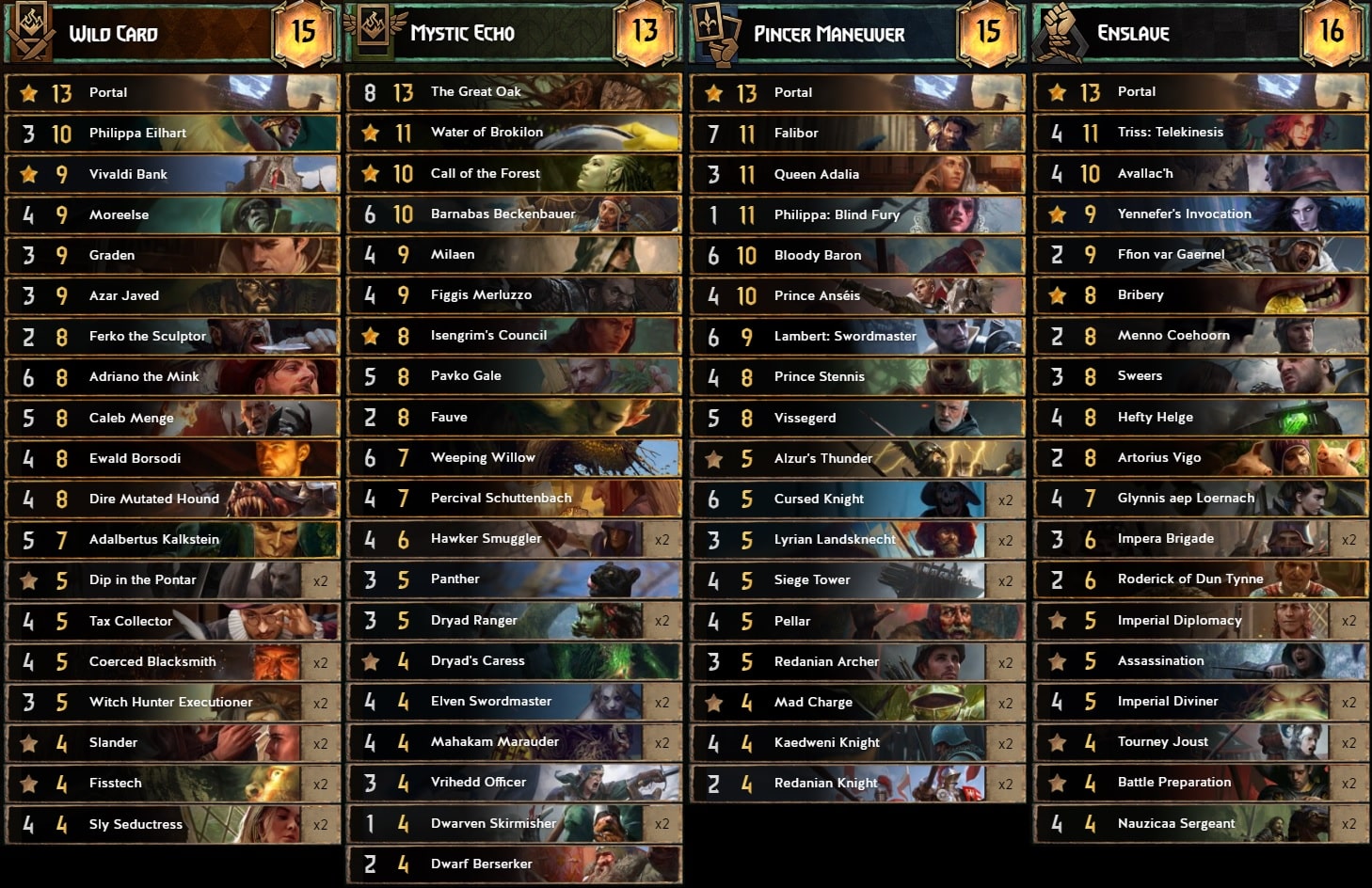 Kolemoen from Team Aretuza focused on bringing reliable decks that are hard to counter. Although the archetypes he used are standard, his decks contain a couple of very interesting twists. The addition of Queen Adalia to Pincer Maneuver is one of them. Using her on Redanian Archer can generate amazing value in longer rounds.

To dodge the standard soft-counters against Nilfgaard, he resigned from the greedy cards, replacing Stefan and Damien with Triss and Avallac'h. In his Wild Card Portal deck, Kolemoen has decided to cut the omnipresent Luiza-Savolla combo. We should also point out the inclusion of Isengrim's Council in his Mystic Echo Harmony variation and how the deck was structured to have reliable pulls with it. 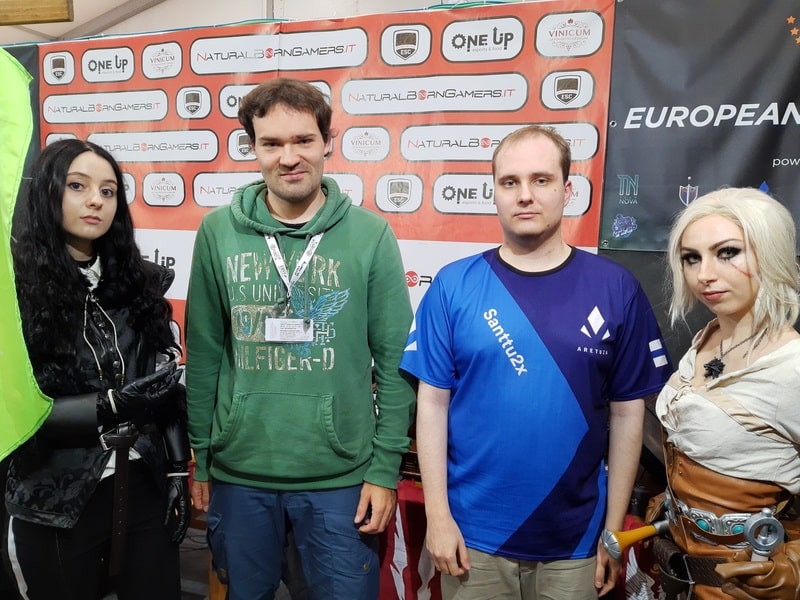 Kolemoen with Santtu, Ciri and Yennefer 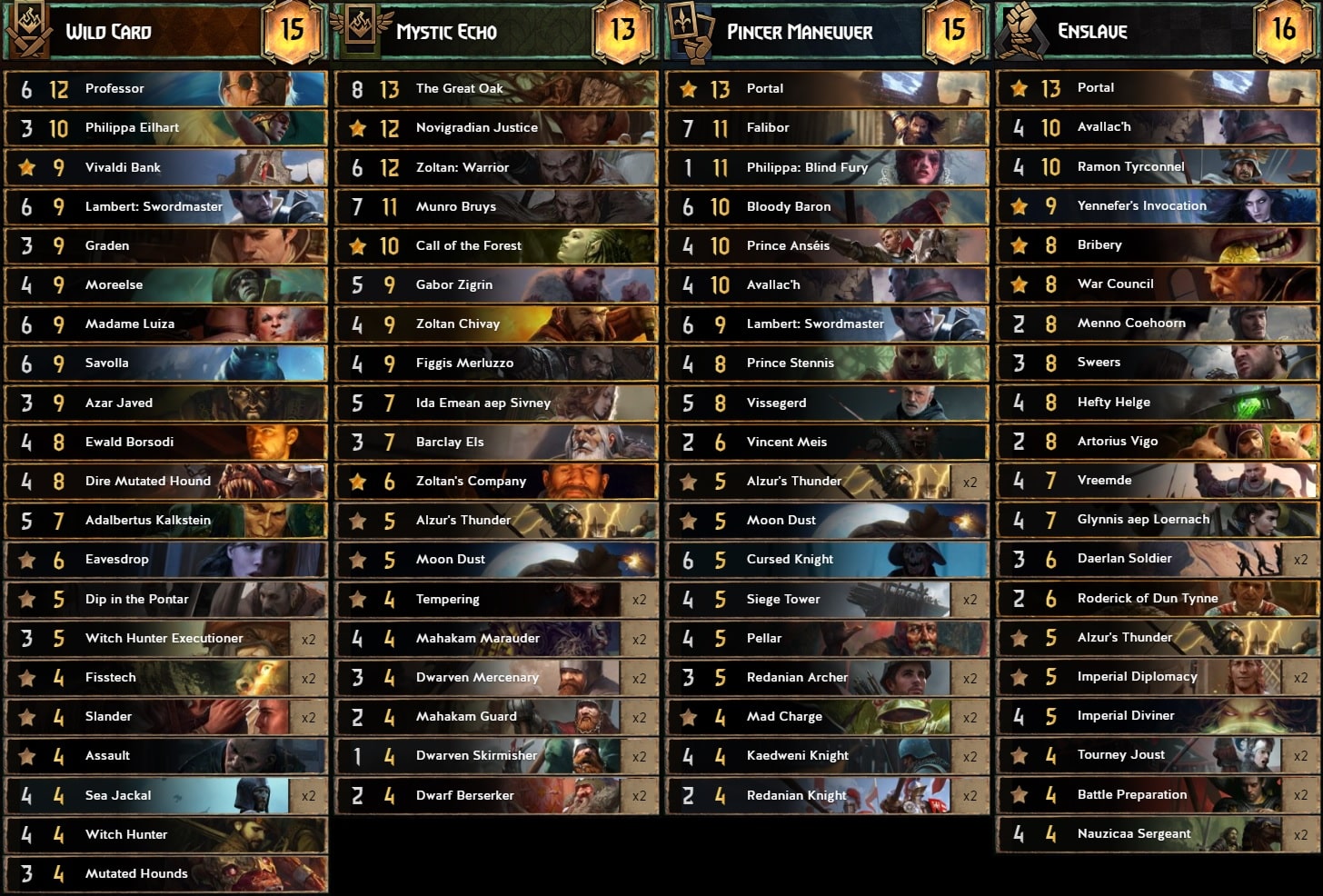 Santtu2x from Team Aretuza decided to take the risk and actually focused on targeting Nilfgaard. He even tailored his Enslave deck with the Soldier package to be stronger in the mirror at the cost of making other matchups slightly weaker. The Pincer Maneuver Midrange deck with Portal was fairly standard, but his Syndicate included Lambert to improve the chances against Dwarves. Speaking of Dwarves, you can find Ida, Moon Dust and Alzur's Thunder in his Mystic Echo deck, targeting Nilfgaard pretty heavily. 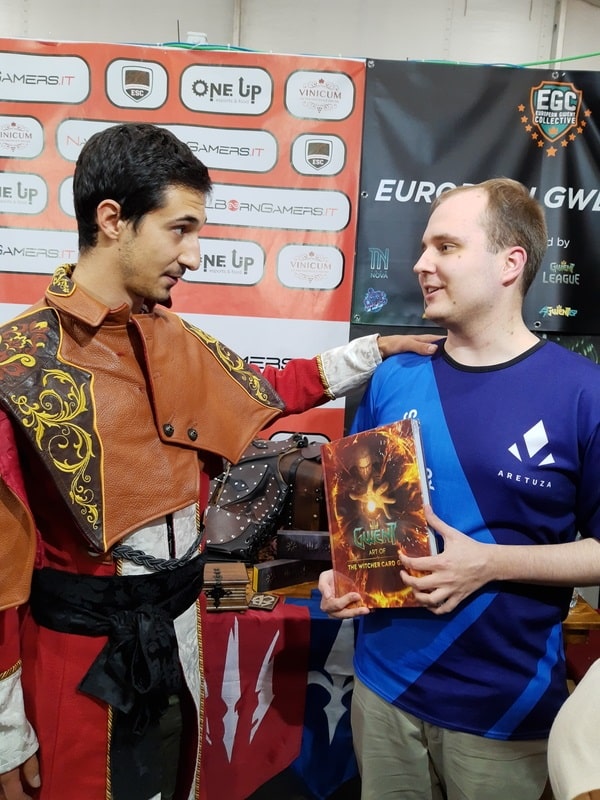 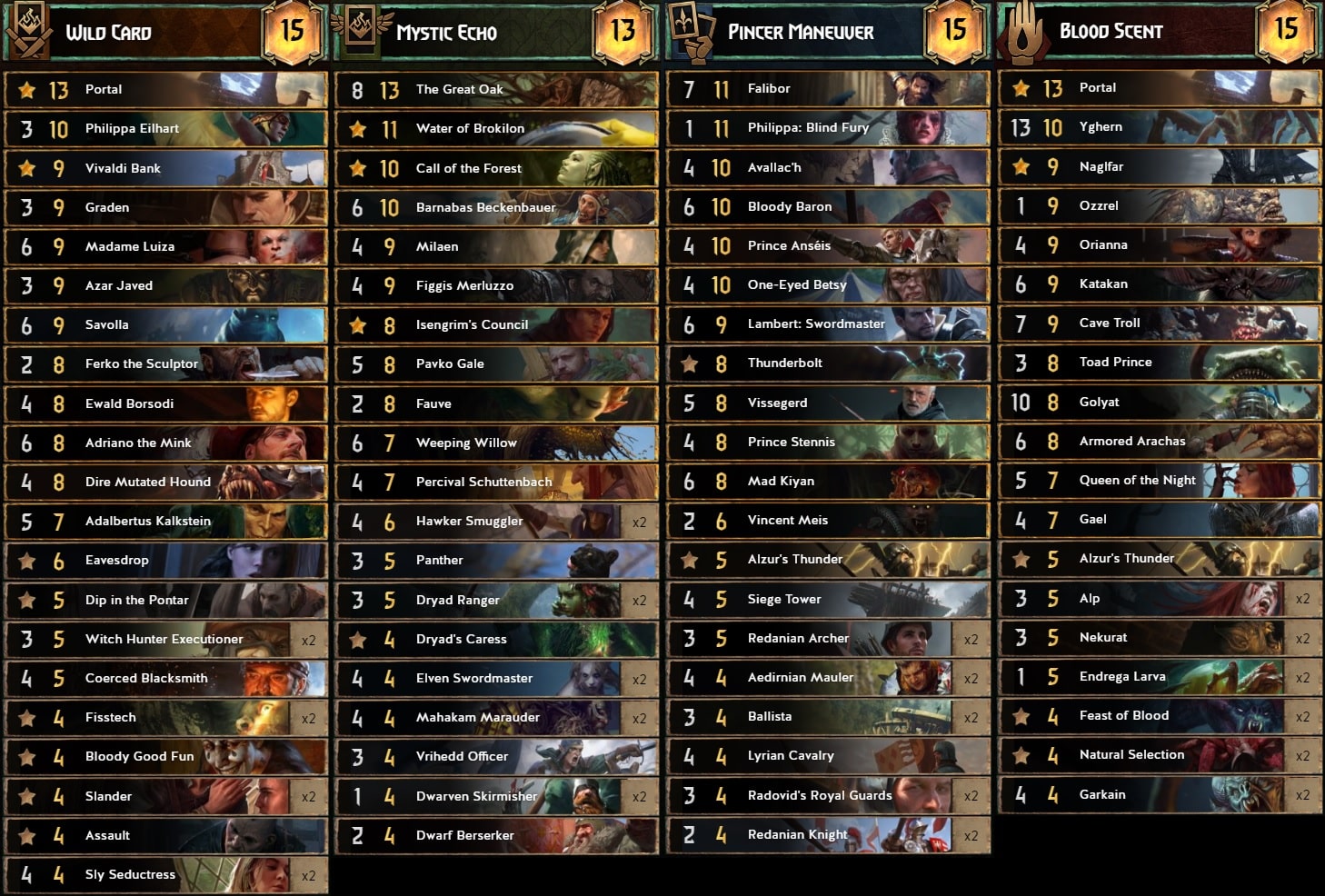 Our boy Pajabol has decided to focus on building a line-up full of reliable decks. Similarly to Kolemoen and NingunoSirve, he chose to bring Harmony instead of Dwarves for his Mystic Echo. The biggest surprise here is the Pincer Maneuver deck. Instead of the usual Portal inclusion, Paja threw in One-Eyed Betsy, Mad Kiyan and Thunderbolt to combo with both Kiyan and Prince Anséis. This makes the deck less problematic during the mulligan phase, while including more proactive plays. 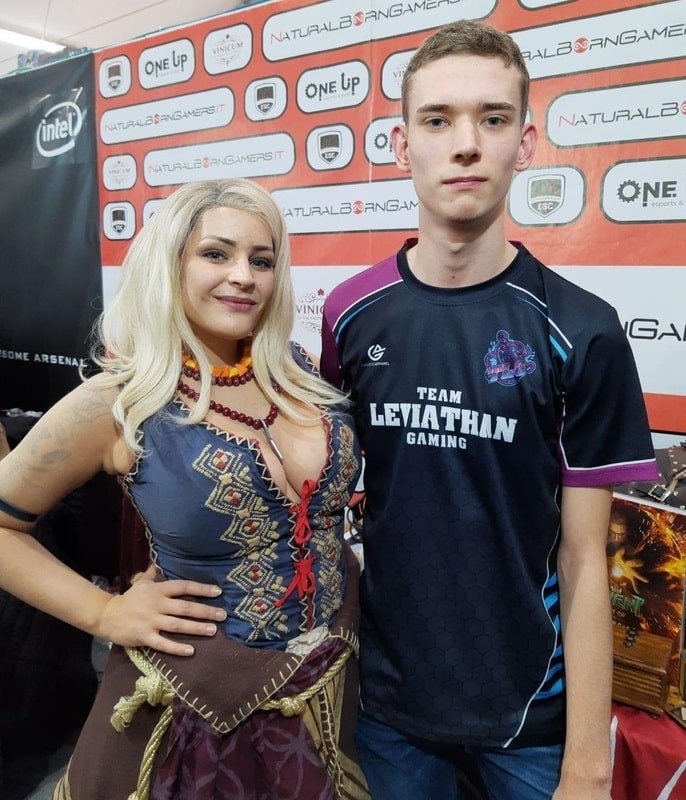 Paja with his most recent love interest - Keira Metz

Thekeyer: Hello, congratulations on winning the EGC LAN event! How do you feel?

Pajabol: I feel great! I was a little stressed out during the finals, which was the source of some misplays, but I think the matches were great to watch and the competition was fierce. Winning this tournament was my goal for a while now so I'm super happy to accomplish it.

You won multiple online tournaments in the past. How different is it to play on a LAN event compared to online?

Playing on a LAN event means that it's harder to concenrate on the game because of all the noise. It was amazing to meet with the other players though and spend some time together. You could feel a healthy competition spirit in the air.

What do you think about the LAN meta? How different was it compared to the online qualifier?

The LAN meta was different. We saw decks like Pincer Maneuver Control and Mystic Echo Harmony. The Gwent meta is currently well-balanced overall and there were a plenty of possibilities to build different line-ups. With that said, all of the players focused on banning Syndicate as it's the best faction.

What line-up has surprised you the most?

To be completely honest, I saw exactly what I expected to see. The only surprise was the fact that Santtu brought his Nilfgaard with the Soldier package. I knew he was playing it, but I didn't expect him to actually bring it to the event.

If you could change something in your line-up, what would it be?

I think my line-up was really good and I wouldn't change anything.

What are your Gwent plants for the near future?

Right now I will participate in two different Gwent leagues. I plan to stream every once in a while. I really hope we will hear some news about Season 2, as I would love to start competing on the highest level.

Well... I think after this tournament it will be team Keira Metz for me. 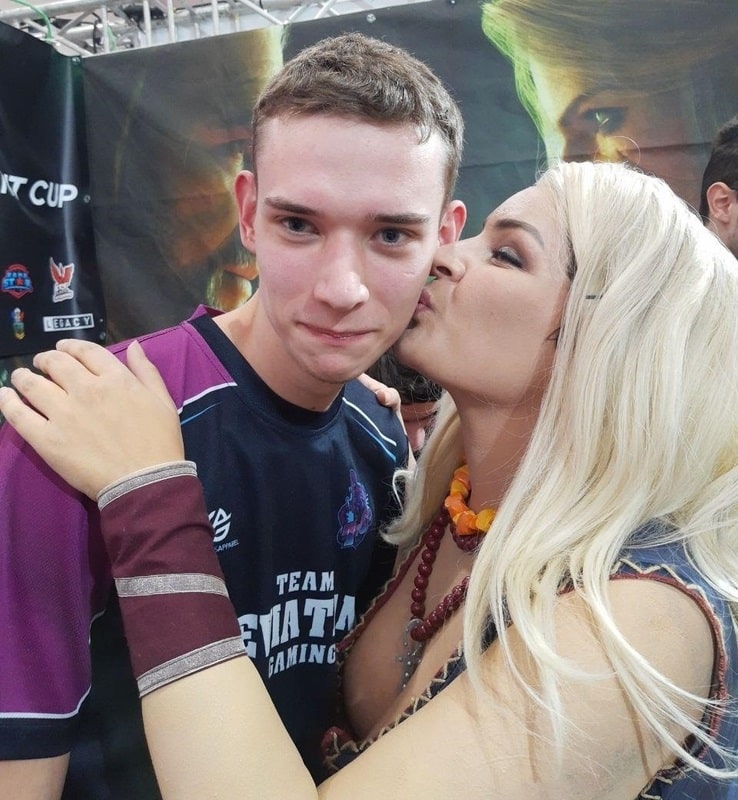 And with that, we are signing off! We hope that you enjoyed the recap and don't forget that Spyro is slowly but surely uploading the whole event to his youtube channel.