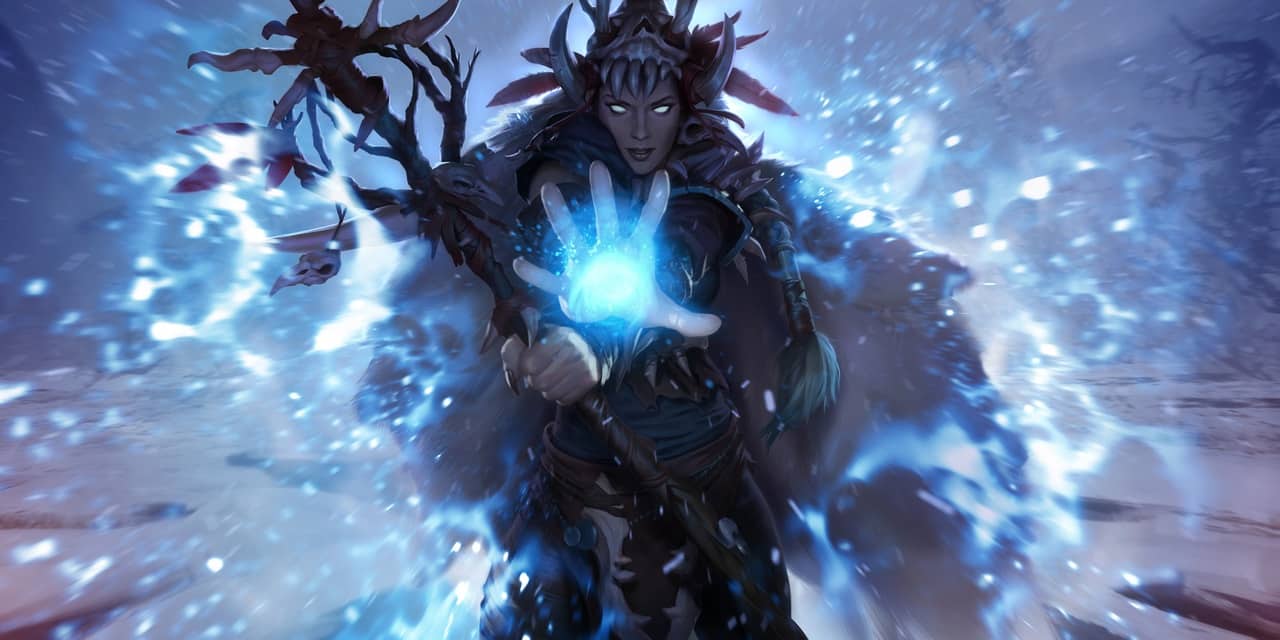 Hello and welcome to our detailed guide on the Frostbite mechanic!

This article is the fruit of a collaboration between Legends of Runeterra FR and TLG. French players were asked to choose between five keywords (Last Breath, Overwhelm, Frostbite, Vulnerable and Ephemeral) and vote for the one they wanted to know more about. The selected keyword would also be featured in a deck created by the members of TLG.

In the end, Frostbite came out on top, right before Overwhelm in the poll. In this piece, we will cover everything you need to know about the mechanic, from how it works, and what cards it can synergize with to some niche interactions. We will also showcase the deck we created, which we tried to make as faithful to the essence of Frostbite as we could.

As always, if you have any questions, feel free to drop by our Discord. With that said, enjoy the article!

Frostbite as a mechanic

Frostbite is one of the first keywords that was introduced in Legends of Runeterra, and it is also a key component of the identity of the Freljord region, to which it is (at this point in time at least) exclusive.

The effect itself is rather simple: Frostbiting a unit causes its power to go down to 0 until the end of the round, no matter how high it originally was. A visual effect will also be applied to a card suffering from Frostbite. It is possible to buff the power of a unit that was Frostbitten, but the visual effect will still remain until the end of the round.

However, it doesn’t affect the gameplay, as all of the cards that are meant to synergize with Frostbite don’t actually check whether a unit is suffering from a status effect or not, but rather trigger only if its power is exactly 0. 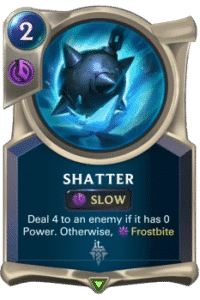 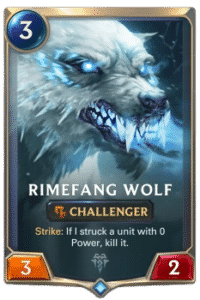 This means that even if you use them in combination with cards that Frostbite units, you aren’t guaranteed to profit from their effects, as your opponent can react by playing power-buffing cards such as Elixir of Wrath. Sometimes, this will lead to situations where you will have to Frostbite the same card twice. On the other hand, it also means that these cards work against units that naturally have no power, like Braum for example.

This powerful synergy that exists between cards that Frostbite enemies and those that have an effect on 0-power units is once again limited to Freljord. However, this doesn’t mean that we can’t afford to get creative with the mechanic. Indeed, many synergies can be found within other regions, leading to some devastating combinations.

Synergies with other regions

Noxus is well-known for having no mercy for the weak. As such, there are cards in this region that will specifically target units with low power. This works really well with Frostbite, as they are more flexible than cards requiring exactly 0 power, and can still work even after a buff. On top of this, a lot of Noxian units have high power but low defense, which makes them ideal for killing units that can’t retaliate. 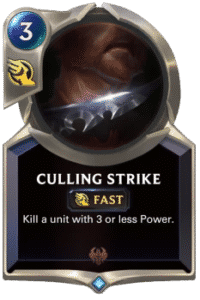 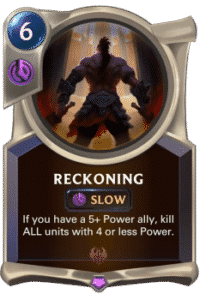 In the same line of idea, Demacia’s numerous cards with the Challenger keyword will be able to strike an enemy of their choice without taking any damage in return. This strategy works especially well with Fiora, who can work towards her alternative win condition without having to risk losing her progress. 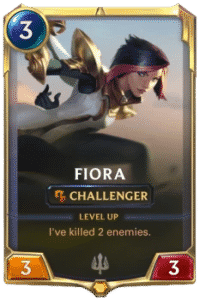 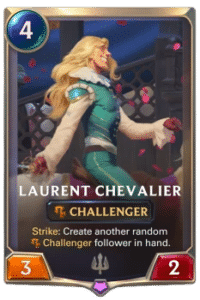 Since Vulnerability is like a reverse Challenger, the same strategy can be executed with cards from Bilgewater. Besides, Sejuani can attest to the power of the Frostbite + Vulnerable cocktail. 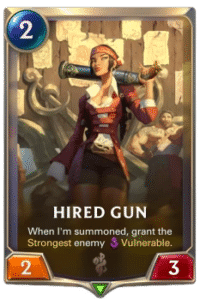 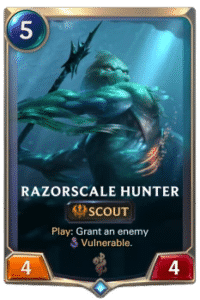 So far, we have explored interactions that led to the death of units suffering from Frostbite. Killing enemies is one way of creating an opening for your own army to attack, but you don’t actually have to go that far.

Fearsome units, which are widely represented in the Shadow Isles region, can’t be blocked by units with less than 3 power. If you Frostbite the strongest enemies, you will be able to completely ignore blockers and go straight to the face. 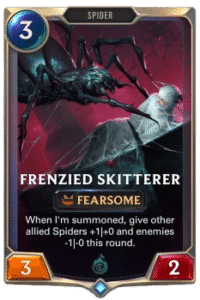 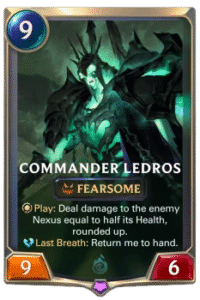 Despite being a mechanic that only appears in one region, Frostbite has the potential to synergize with other elements from the game, and a great variety of decks can be built around it. Most of these lists have already been tested, refined, and some have even become popular options on ladder or in tournaments. Our goal was to come up with something different, something that really seeks to capture the essence of Frostbite as a whole.

Our deck building journey brought us back to 2014, when Frostbite made its first appearance in a different card game, teaching people what a “combo” truly is in the hands of a mage from Azeroth. We are proud(moore) to introduce... 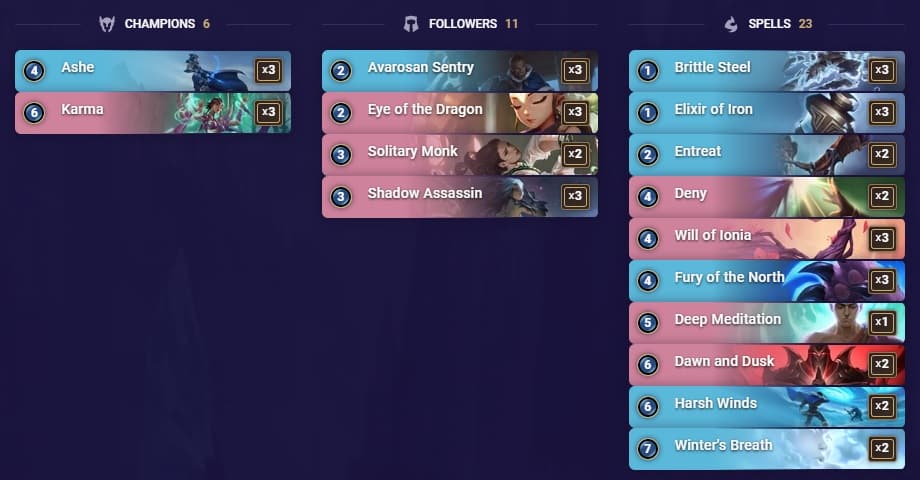 Stall the game by freezing your opponent’s board, draw cards until you find your win condition, then kill them in one turn. The deck truly plays out like the old Hearthstone meta contender.

During the early game, don’t let your opponent overrun you with units. Avarosan Sentry will trade with an enemy unit and replace itself, while Eye of the Dragon will help you create chump blockers and regain HP. Your Elusive cards can be used to deal chip damage to the enemy Nexus and to block the opposing Elusives. Brittle Steel and Elixir of Iron will help you make value-trades so you can use your units again.

Once you have set up your first line of defense and reached the mid game, you will have to stall as much as possible until you draw the cards you need. Frostbite enemies with Harsh Winds or Winter’s Breath, return the most expensive ones to your opponent’s hand with Will of Ionia and continue to stop the remaining attackers from dealing lethal damage to you.

If you have managed to stall long enough to have a leveled-up Karma, she will prove to be a great asset for closing games. Winter’s Breath will destroy the opposing board, Entreat will draw 2 champions and Deep Meditation 4 spells. You should easily find the combo pieces you need to finish off your opponent.

Once you have your combo pieces and ways of protecting them (Deny, Elixir of Iron) it will finally be time to end the game. The deck doesn’t require you to have Karma in play to deal lethal damage, but she offers additional reach or protection by duplicating Fury of the North, or simply helps you flex on your opponent when combined with Dawn and Dusk. 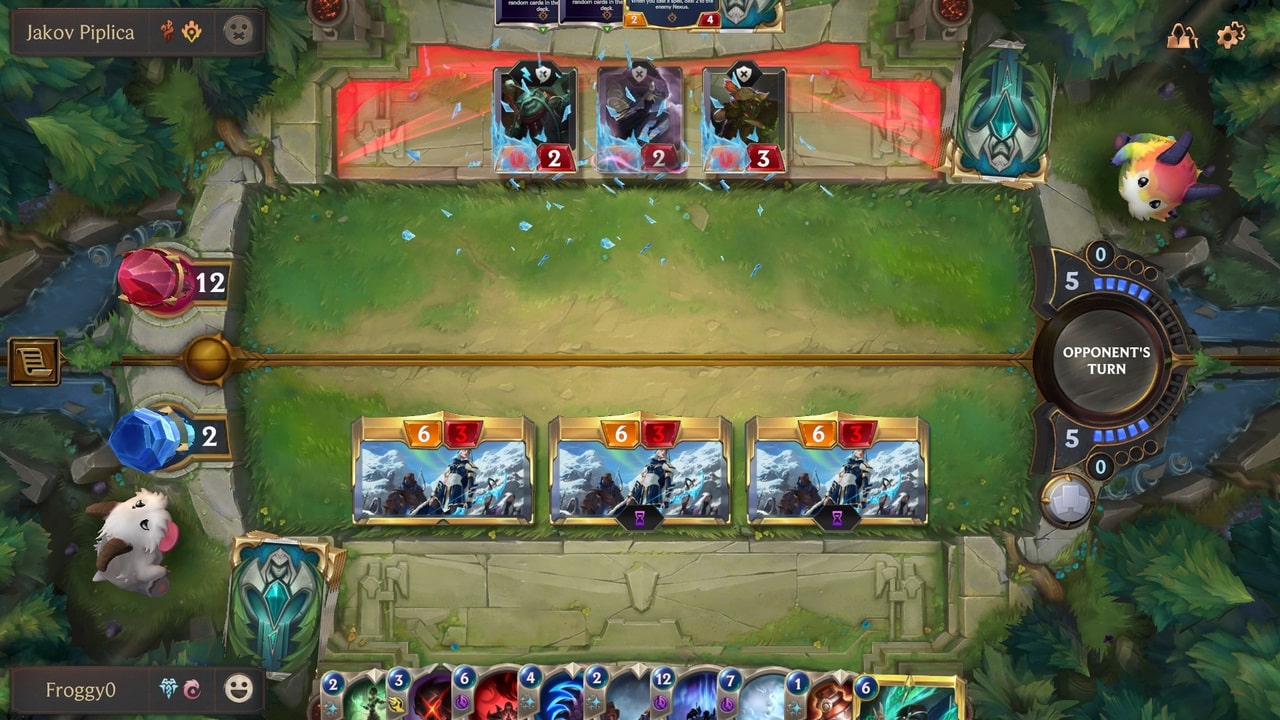 Your main kill combo will be a simple Dawn and Dusk on Ashe. By attacking with three copies of the champion, they will Frostbite most enemies and level up at the same time, preventing your opponent from blocking them. The spell can also be used on a Shadow Assassin, which will draw you 2 cards.

Although it is best to keep your mana up so that the opponent can’t respond to what you are doing, you can always play Fury of the North on the unit you are creating copies of for some extra damage if you know the coast is clear.

Here is a video from Taytwo38, showcasing the neat combos the deck can pull off. As this whole article was born from our partnership with LoRFR, the video is in French. An opportunity for you to sit back and appreciate Freeze Mage gameplay, while listening to some baguette gibberish.

As promised in the article’s introduction, here are some advanced Frostbite interactions that will probably never prove useful to you, but just in case they do: