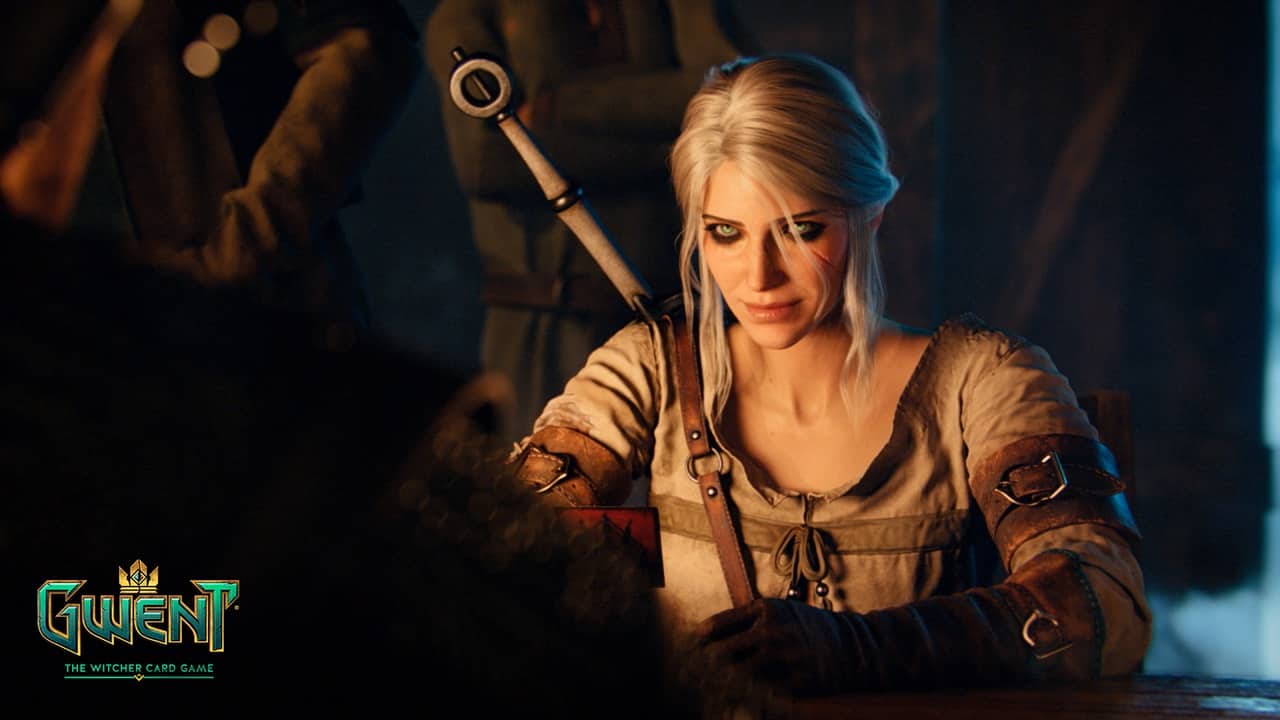 Welcome to our second scrapping guide, and look - we got our own separate article! For those of you who didn’t see the last one, or are just new around here, I’m Atrsharpe and I’ll give you some pointers on cards that can be milled for scraps.

This article is aimed at newcomers, or players who lack in scraps - the currency needed to craft better cards and improve your decks. Milling (scrapping) cards from your collection is a dangerous, yet a very effective way of getting some scraps. The problem with this method is that you will no longer have access to the card you scrap, so be careful.

We will go through the worst gold cards out there, which you can safely scrap away without missing out on all that much. Keep in mind that the game gets updated monthly and cards from this list can always get buffed or reworked. If you can, try to avoid going on a scrapping spree towards the end of each season.

Basilisk Venom - A random Poison is quite bad, as the opponent can play small units for the first couple of turns.

Cursed Scroll - Effectively playing for 0 points, Cursed Scroll is too slow and you risk losing Round 1 on even cards.

Ceremonial Dagger - The Bleeding takes time and can be purified, Tactical Advantage or Magic Lamp are better.

Scorch - Initiative has significantly hindered this card. Geralt: Igni is the better alternative for fewer provisions.

Vivienne: Oriole - If the opponent isn’t playing any artifacts, Vivienne will play as a terrible 1-for-10.

Merigold’s Hailstorm - Unless you’re playing a longer round, it is difficult to find 5 different targets to damage.

Stregobor - The only reason to run this card would be to mill your opponent. Mill decks are very dysfunctional.

The Last Wish - Imagine having two gold cards at the top of your deck and being forced to banish one of them.

Mandrake - There are plenty of better and cheaper cards with a similar ability.

Olgierd von Everec - Only ever serves as a sponge for Svalbold Priest, but Skellige has better targets to offer.

Frenzied D'ao - Nothing but a more expensive Bomb Heaver.

Dudu - Your opponent would have to play a round-winning engine, or a very tall unit for Dudu to find any value.

Vaedermakar - Even with Biting Frost becoming more prevalent in MO, Vaedermakar still isn’t really worth it.

Iris’ Companions - Drawing a card of your choice is great, but discarding a random card is just too dangerous.

Decoy - Shuffling an allied unit back into your deck can be useful, but being forced to play the top card is too risky.

White Frost - There usually won’t be enough artifacts on the board for this to be good.

Tempest - You could Purify Vitality or Shields, but it’s unlikely that you will find 3 adjacent units with statutes.

Summoning Circle - Yes, this card made it into the list. After the rework, there is absolutely no reason to play it.

Prince Villem - The risk doesn’t feel worth it, imagine randomly pulling your win condition in the wrong round.

Phoenix - Costs too many provisions for only 4 power. Weak to Banish cards and artifact removal.

Regis - With the addition of Initiative, this card is unreliable and easy to play around.

Ale of the Ancestors - This card requires a long round to be worth the provisions, and Bomb Heaver exists.

Uma’s Curse - Create ability for 11 provisions is dangerous, you can lowroll and get something bad.

Sihil - Requires a long round. Its damage builds up too slowly and artifact removal is devastating.

Aguara: True Form - The risk of getting three useless bronze specials is just too high for an 11-provision card.

Avallac'h: Sage - With Oneiromancy being in the game, there’s little reason to still play a 1-point artifact tutor.

Land of a Thousand Fables - Same reasoning, Oneiromancy is the superior tutor card.

Dandelion: Vainglory - Despite the epic artwork, this card will rarely find any meaningful value.

Ihuarraquax - The pony is difficult to utilize. Can be a liability even in decks that were built to make him work.

Angoulême - There are plenty of decks out there that don’t run artifacts, meaning that she can play as a 3-for-10.

Olgierd: Immortal - Very few cards work with his ability, so he often plays as a 7-for-9.

Wolfsbane - It won’t have a big effect on the enemy side of the board compared to your own, too hard to set-up.

Unicorn + Chironex - This duo is expensive, draw dependent and difficult to keep alive.

Mourntart - Similar to Prize-Winning Cow. Order units with 1 power are unfortunately too risky to play in Gwent.

Jotunn - Hot candidate for a rework. Jotunn only sees play in some meme decks.

Urn of Shadows & Whispering Hillock - The Deathwish Stratagem and the tutor card are disappointing.

Ruehin - Doesn’t see any play outside of Consume decks. Too expensive, slow and weak to Seize effects.

Ritual Sacrifice & Weavess: Incantation - Both cards are borderline unplayable, even in Deatwish decks.

Holger Blackhand - Although ships are in a good spot, pirates are weak, which makes Holger weak as well.

Sigvald - To do decent damage, you would have to damage Sigvald by 2, which leaves him pretty vulnerable.

Yoana - SK has the ideal bronze engine, and so Yoana is redundant. She still makes really good armor though.

Derran - The only time he’s useful is when you draw him earlier than Morkvarg. Otherwise, Derran is rubbish.

Corrupted Flaminica - Getting enough beasts in your graveyard is difficult since Crow tokens are Doomed.

Heymaey Flaminica - Self-wound SK isn’t popular as of late, so there are better alternatives for 6 provisions.

Mask of Uroboros - One of the worst Stratagems in Gwent. It doesn’t offer much help with winning Round 1.

Kambi - Easy mill, as the card can be more damaging to you than to your opponent.

Sabrina’s Inferno - Difficult to set-up and the pay-off isn’t very impressive, especially after the nerf to Draug.

Vandergrift’s Blade - Could be good in the future, but for now the Knights are lacking.

Dethmold - Mages aren’t popular in Northern Realms, so you won’t have enough pay-off to justify Dethmold.

Bloody Flail - This card requires a big target and a sizeable amount of soldiers to be consistent. Not worth it.

Mad Kiyan - He has to stick to the board and then you have to boost him up, which isn’t very functional overall.

Cadaverine - Bad card. It’s difficult to set-up a big blow to the opponent without damaging your own units.

Ceallach Dyffryn - He doesn’t have the flexibility of Imperial Diviner, as you often want to Purify enemy units.

Cantarella - Weak on average. You have a high chance of pulling a trash bronze card, helping your opponent.

Vanhemar - Requires set-up and the pay-off isn’t worth it. Your locks are usually used on low power engines.

Vattier de Rideaux - Strong ability, but too conditional. Low base power and forces you to play weak Lock cards.

Vivienne de Tabris - She used to be good alongside of Roach, but those days are long gone.

Braenn - She plays as a 7-for-6 if you control two or more Dryads, making her a below-average Midrange card.

Éibhear Hattori - Much like the sword he gives you in The Witcher 3, Hattori is garbage even in full-trap decks.

Iorveth’s Gambit - This card doesn’t see any play at all, especially after Deadeye Ambush was finally reworked.

Iorveth - Similarly to Gambit, this card has eventually fallen out of favor due to the very low popularity of traps.

Caesar Bilzen - The ceiling on Caesar’s Deploy ability is very high, but inconsistent. His Fee ability is horrendous.

Greater Brothers - It’s super easy to kill this card. You never want to use the Fee ability.

Ludovicus Brunenbaum - Unlikely to survive for 2 turns and his Tribute ability makes him a weak 7-for-7.

Tunnel Drill - A mediocre 6-for-6 on Deploy with one of the worst Fee abilities.

Rico Meiersdorf - Only ever effective against decks that play tall units, otherwise Rico is disappointing.

Wheel of Fortune - Random effects are sadly a big no-no. Similarly to Gascon, the lowroll can be awful.

Tatterwing - MO have superior consume options and there’s basically no reason to play this card in SY.

Tamara Strenger - With the nerfs to Bounty, SY has shifted away from Witch Hunters, rendering Tamara useless.