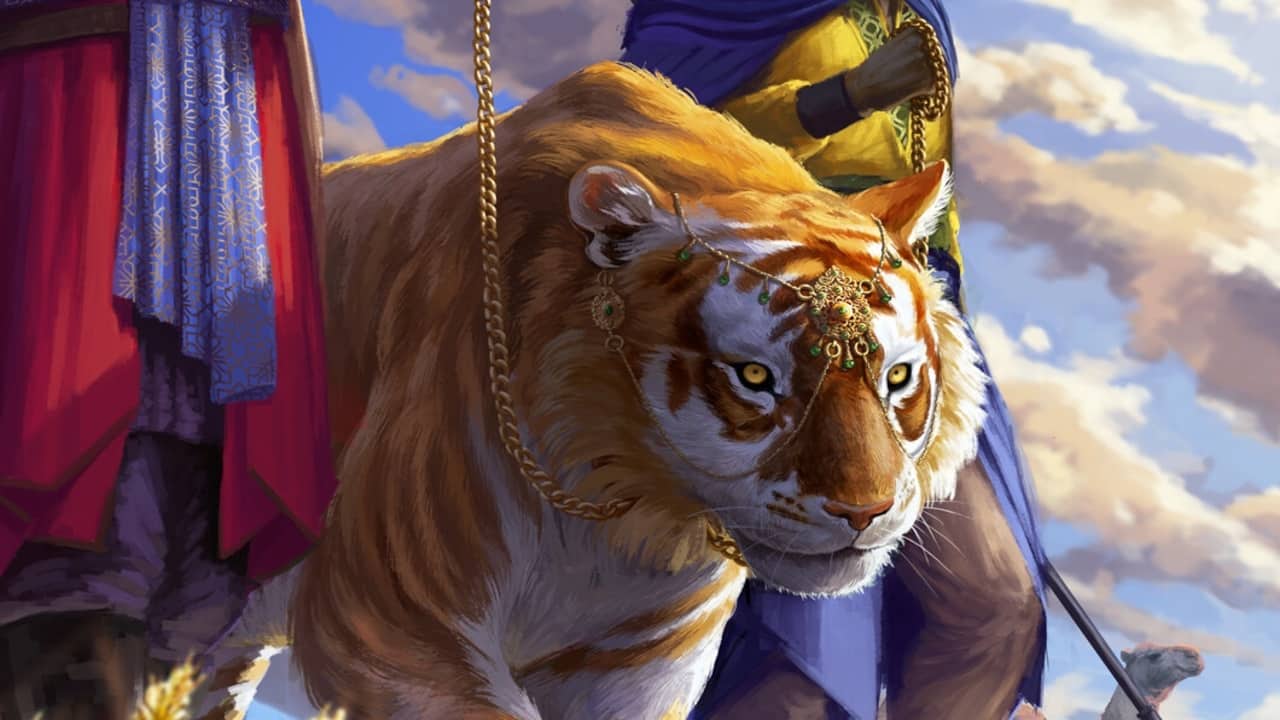 Hello again! It's a new season, meaning Atrsharpe and Minuano are here to bring a new meme deck. This one is earlier than usual, mainly because Minuano had a funny idea and we couldn't wait. Besides, it's the month of love, so why not celebrate it with a tiger finisher? We appreciate your meme suggestions, please send them over to us on our Discord. Should we end up drawing inspiration from one of your ideas, we'll make sure to credit you.

Welcome to the jungle my friends! The star of this episode is none other than the oft neglected Saer Qu'an. This cheeky tiger is accompanied by the lovely lady Syanna from the last episode. The idea is to force a short Round 3 and win it by spawning up to 4 gorgeous tigers. Packed with a variety of high tempo cards along with the Thrive package, the deck should excel at winning Round 1.

Yghern, Golyat, Ozzrel - While your big boys can be a liability, you need them for securing Round 1 and then bleeding the opponent.

Cave Troll - Crucial for protecting your Syanna and most importantly Saer Qu'an.

Armored Arachas - This card can be replaced by Toad Prince, but often plays for decent value due to its 6 base strength.

Adda: Striga - One of the very few removal tools at your disposal. Striga will usually play as a 9 for 7 which is pretty good.

The Beast - A powerful engine if unchecked, also an emergency Caranthir target.

- Incredibly explosive short Round 3 if uncontested

- Vulnerable to tall removal, as well as row punish cards like Surrender

Unlike with most of our meme decks, you won't aim for a long Round 3. Instead, you should try to win Round 1 and then soft-bleed (bleed the opponent without losing card advantage) to force the shortest Round 3 possible. Keep in mind that in order to execute the combo, you need to have at least 5 cards in your hand by the final round. Otherwise, you won't be able to proc all 4 of your tigers.

The sequencing for the last 5 cards will be as follows: Cave Troll → Syanna → Click Syanna's ability and play Caranthir into 2x Saer Qu'an, then use Death's Shadow on Caranthir to spawn a 3rd tiger → Play Saer Qu'an → Play your last card

If you don't get row punished and everything goes well, Cave Troll, Syanna and 4 tigers play for 58 points and then you still have your 5th card. That's more than 10 points per card on average. You can be generous with mulligans if you didn't draw your tempo cards for the first two rounds. Mulliganing some combo pieces shouldn't be detrimental, considering the fact that the deck is packing both Royal Decree and Naglfar for consistency.