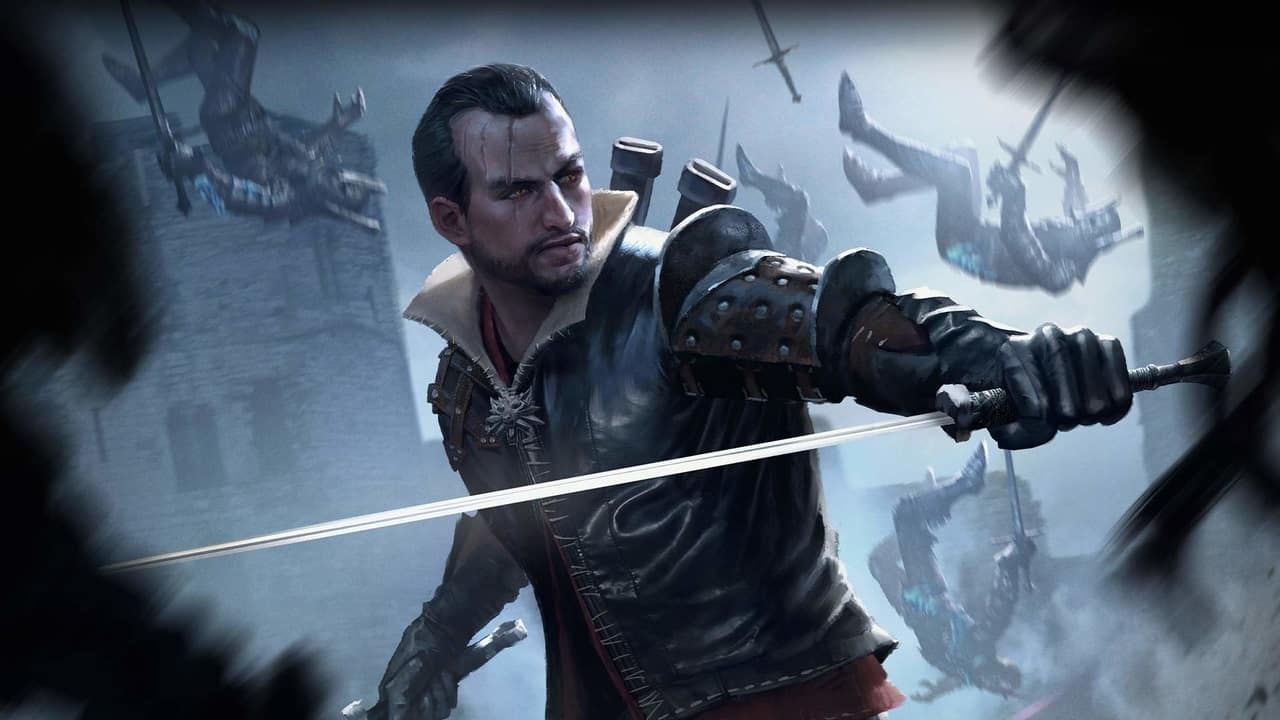 Hello everyone and welcome to our 9th meta report,

Despite the hotfix, Mystic Echo (Francesca) Dwarfs are still a powerful force. We have also seen the rise of Harmony decks. Thanks to their new ridiculous golds, Syndicate is more threatening than ever. Pincer Maneuver (Calanthe) engine-based or Midrange variations are the way to go for Northern Realms. Inspired Zeal (Foltest) with Draug still hasn't lost its charm.

With more support to Deathwish, Monsters can finally utilize Death's Shadow (Unseen Elder). The same thing can be said about Blood Scent (Dettlaff) and Arachas Swarm. Nilfgaard relies on Enslave (Ardal). Skellige has finally made a comeback. Armored Drakkar is a powerful engine when combined with Svalblod Priest, resulting in a potent Second Wind (Eist) deck.

Under each faction, you can find optimized decks, the power rating and a brief summary of their strengths, weaknesses and possible considerations. If you have more questions, feel free to join our Discord server: https://discord.gg/uSUSJZr

I hope to see you again when the meta shifts! -Wusubi

As we are approaching the end of the season, Syndicate has found itself in a weird spot. The majority of meta decks can exploit their lack of initial tempo; be it Mystic Echo, Enslave or even Pincer Maneuver. Re-introducing Portal and Sly Seductress has proven to be the best answer to all of this bullying, providing you with the much-needed opener. Portal makes the deck more highrolly, but you still have Royal Decree and Eavesdrop to correct your hand. -Wusubi

- Consistency to an extent, your Fisstech often plays for 4 coins and missing your Portal can obviously be tilting

- Even more difficult to pilot than usual, mulligans are trickier and so is achieving the optimal balance of crimes and spenders

Syndicate has seen amazing additions with Iron Judgment, opening avenues other than Portal into Sly Seductress. The standout cards are Professor, Savolla, Azar Javed and Dire Mutated Hound. The golden dog edges out Philippa in unconditional value and Azar's Scarabs protect your spenders. Savolla helps with one of Syndicate's weaknesses, offering you the much needed finisher. As it stands, the main things keeping Syndicate in check are the fairly high skill cap and a lackluster matchup against Mystic Echo Dwarves. -Hippo

- Wild Card allows you to play two cards in one turn, opening up many possible lines of play, most notably Slander into Graden

- Somewhat vulnerable to being bled, as it takes a while for you to ramp up

- Difficult to pilot properly, learning how to manage your coins and spenders will certainly take you a while

- Ferko and 1x Dip in the Pontar → Lambert: Swordmaster and 1x Assault

Combining the Vampire package with big boys has been a well-known, albeit an underwhelming archetype in the previous patch. The Iron Judgment update has undoubtedly pushed this deck to the next level. With some of the new Bleeding cards, you have the possibility of utilizing Portal into Garkains as an extremely strong win condition. Although initially introduced as a tournament line-up speciality, this deck can be successful on ladder if there isn't too much tall punishment. -Thekeyer

- Monsters usually have no trouble with winning Round 1, which allows you to bleed the opponent very effectively

- Low amount of removal, while being vulnerable to any form of tall removal

- Having only two targets for Portal makes your mulligans weird, especially because the deck plays a few weak special cards in order to fit in the Portal

Unseen for the longest time, the Deathwish archetype has finally made it back into the meta thanks to Redrame's creative efforts. Iron Judgment introduced a lot of powerful tools like Endrega Larva and Warrior, as well as Yghern and the buff to Slyzard. The specialty of this deck is pressuring with the threat of Miruna and Manticore, making it hard for your opponent to establish a board. Keltullis can burn away most of your opponent's units, but be careful when playing with fire or you might just burn yourself. -Gravesh

- This deck can slam points on the board like there is no tomorrow, allowing you to bully the opponent out of Round 1 and then proceed to bleed them

- Three-round leader: Death's Shadow can easily outvalue the other leaders

- Tall removal, you are also prone to having a awkward balance of Deathwish and consume units in your hand

After the recent update, Arachas Swarm is stronger than ever. Unlike your conventional Monster deck, the swarm archetype plays wide rather than tall, giving you a great matchup against Syndicate and Nilfgaard. The list tries to maximize the value of powerful cards like Yennefer and Bone Talisman. It also boasts a lot of control tools, which is really strong in combination with the insane amount of points you can generate. Manticore Venom helps you with Northern Realms and Scoia'tael, whereas Geralt of Rivia shines against the other factions. Yennefer can potentially boost enemy units into Geralt range. -Green-Knight

- If left unchecked, this deck has a huge amount of points in a long round, while having an explosive short round with the leader ability

- Flexible game plan, you don't need a long round to win games, nor do you need to win Round 1, as most decks can't bleed you out of all win conditions

- On Blue coin, your opponent will have to commit their strong cards to stay in the round and on Red coin you can easily win on even cards, you are also able to put on a scary Round 2 bleed with your tempo plays

- Dandelion, Queen of the Night and Feast → Renew, Pellar and 2nd Larva

Midrange-oriented Pincer Maneuver decks recently became popular on the ladder, since they have a lot of points and a good amount of answers to deal with all possible threats. Lambert: Swordmaster deals with Arachas Swarm as well as Mystic Echo Dwarfs. Philippa: Blind Fury and Falibor remove multiple engines in one turn. The reworked Avallac'h is a surprisingly valuable card, as he can either kill tokens or setup your removal. Portal provides a decent proactive play. Make sure to always play it in the Ranged row because of Redanian Knights. -Pajabol

- Draw dependent, as half of your bronze cards are mulligan fodder

Being able to output multiple threats per turn has proven to be one of the most powerful plays available in Gwent. Pincer Maneuver engine-overload build with the likes of Portal and Vernon Roche allows you to overwhelm your opponent with engines, making it very difficult for them to withstand the barrage of threats. With the addition of Philippa: Blind Fury and Shani, the deck now has another strong removal card, as well an extra way of protecting your already developed engines. -SpyroZA

- The reactive engines will give you a decent amount of control if they stick, allowing you to completely destroy proactive decks

- Somewhat vulnerable to being bled

- Factions with multiple sources of efficient removal are always a problem, for example Syndicate or even Nilfgaard

The introduction of Iron Judgment gave us multiple options to improve the Blue Stripes package. Redanian Archer is a potent threat, especially under the protection of Radovid's Royal Guards, who can also protect your Commando. This list runs a copy of Pellar, mostly to deal with Defenders or with any negative status like Poison. Aside from that, you can rely on strong gold cards such as Bloody Baron to counter the boost meta or Philippa: Blind Fury to answer multiple engines at once. -Andasama

- Good in both long and short rounds, giving you the choice of bleeding the opponent in Round 2 if you won Round 1, since you can win a short Round 3 even a card down thanks to Commando's

- It's a combo deck, which makes it fairly draw dependent and forces you to run expensive tutor cards

In spite of the harsh nerfs to Dwarves in the hotfix, they are still powerful in most matchups. The removal of armor from Rowdy Dwarves has ironically empowered the deck, since people have stopped playing cards like Surrender. All of your cards are strong and contribute to the deck's win conditions, meaning it's difficult to draw a poor hand, even if you miss Novigradian Justice. -Atrsharpe

- Performs well on either side of the coin, on Blue you tempo out and pass, while on Red you can often win on even cards

- Novigradian Justice can pull two Mercenaries or Berserkers, both of which grant you a very strong control tool

- Even without drawing Novigradian Justice, you can hold your own, as you have two more strong special cards

- While the deck doesn't fall apart without Justice, the card is still crucial in some matchups and missing it can certainly hurt you

- Engine-overload Pincer Maneuver can be a formidable opponent, as their engines can stop you from developing a good number of Dwarves, making cards such as Mahakam Guard, Barclay Els and Zoltan Chivay very low value

- Dragoon is a tech for cards like Keltullis, you can replace it with any Dwarf

After experimenting with Zoltan's Company and Munro Bruys, or more niche cards like Saskia, we opted for a classic Harmony list with a few twists. The inclusion of Figgis not only helps with swarming the board for Oak, but also with keeping your Fledglings and Pavko alive. Despite the prevalence of Purify, the deck still runs the Poison package, as it can force the opponent out of Round 1. Ida can either bypass Defender or play for value. Dwarven Chariot provides the Machine tag while empowering Oak. -Wusubi

- Similarly to Dwarves, Harmony is flexible, as Water of Brokilon allows you to win Round 1, while being a strong bleed tool and a great short round finisher

This version of Enslave is built around Assimilate engines paired with strong Order cards in Damien and Stefan that can be protected by the Defender. The deck does very well in a longer round and has the tools to fight for Round 1, most notably Portal, Hefty Helge and Glynnis. Invocation deals with threats like Dire Mutated Hound or Dracoturtle. It can also be used for carry-over or combined with War Council. Like with every Nilfgaard deck, you have to rely on getting decent value from the Create cards. -Pajabol

- Struggles against decks that can reliably answer your crucial engines

This variation takes a more binary approach. Instead of running Portal, it runs more Tactics and a greedier top end with Letho: Kingslayer. You will usually have to commit your leader ability in Round 1 to force a long Round 3, where you utilize powerful engines. This line is strong on red coin, as you can win on even cards. The ability to Seize a unit with 6 power is very impactful, allowing you to get your hands on stuff such as Dire Mutated Hound or Dracoturtle. If you run into too many tempo decks, including Leo Bonhart might be the necessary evil. -Jagdulf (Nxsd)

- The better Enslave can be used in Round 1 in order to force a long Round 3, where your engines take over

- Awkward in a shorter round, if you lose Round 1 and then get bled effectively, you will definitely struggle

Albeit initially neglected, Skellige has received plenty of love with Iron Judgment and has been popular ever since. The faction has shifted away from self-wounding and instead opted to utilize armor. Drakkar is the perfect enabler, allowing your cards to play above the curve. You can apply an immense amount of pressure, which is great against the majority of the meta. Skellige is good in both long and short rounds. The Second Wind ability further amplifies your flexibility, enabling a plethora of adaptations to the matchup on hand. -Gerard

- Morkvarg, Hjalmar and Gremist are useful tools to answer popular threats without sacrificing any value

- Efficient cards all across the board, great versatility to play out each round for as long as optimal against any deck

- You need round control to set up your Second Wind, Sigrdrifa and Hjalmar

- Struggles against well-piloted Syndicate decks that have enough answers