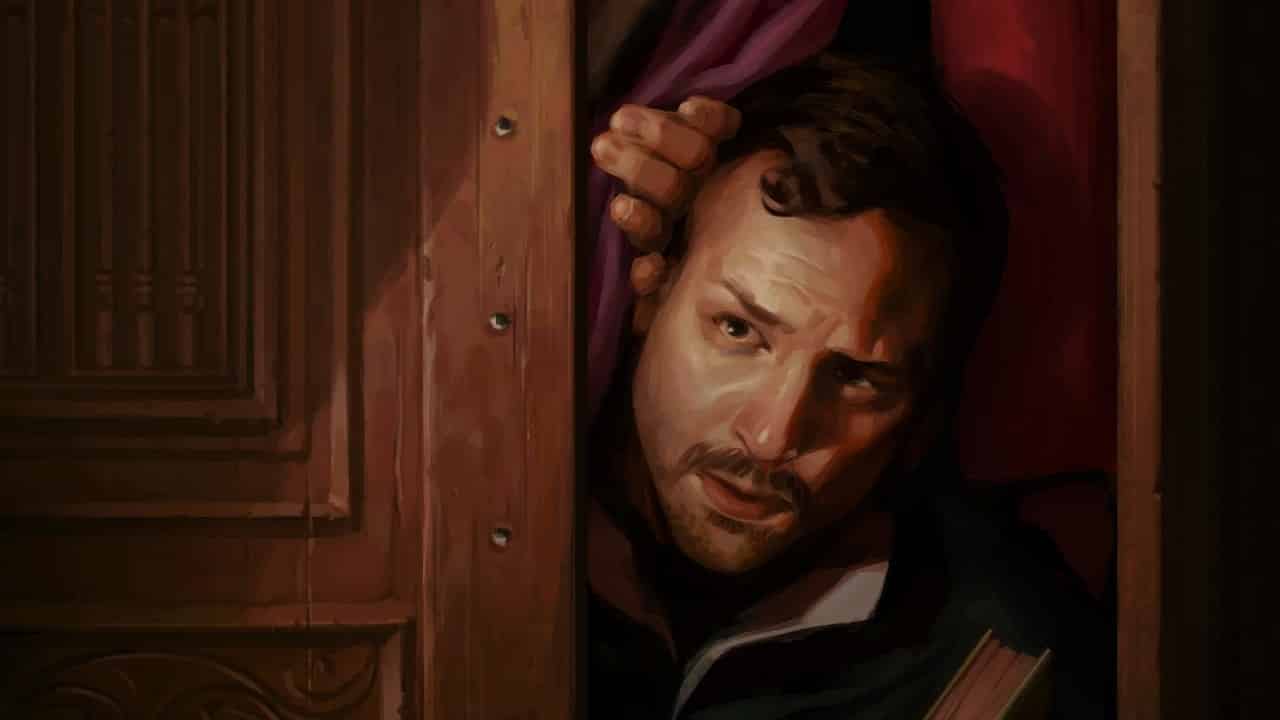 Welcome to our 8th meta report,

Gwent Challenger #5 is out of the way (congrats to magpie131) and it showed us that Cleaver is a quite potent leader. Francesca continues to bully everyone on the ladder, though Queen Calanthe has proven to be capable of stopping her.

Foltest certainly didn't lose his charm and Arachas Queen finally crawled her way back into the meta thanks to Keltullis. Nilfgaard still relies on control decks or Hyperpile with Tibor. Skellige's surprising answer to Francesca are Greatswords.

Under each faction, you can find optimized decks, the power rating and a brief summary of their strengths, weaknesses and various considerations. If you have more questions, please join our Discord server: https://discord.gg/uSUSJZr

I hope to see you again when the meta shifts! -Wusubi

After the change to Francesca Findabair's leader ability (Mystic Echo) in the recent patch, she can now replay only Scoia'tael specials. The four most prevalent specials are: Water of Brokilon, Call of the Forest, Novigradian Justice and Dryad's Caress. Francesca also received a bonus of 2 provisions (from 13 to 15) which makes the inability to replay neutral special cards absolutely irrelevant, as the deck is very comfortable with its faction-specific specials.

Harmony ST is an archetype that has a lot of viable deck-building options and is better than ever thanks to various buffs to multiple cards. Some builds opt for more damage engines in Pavko and Saskia, while others still rely on the powerful combo of Mahakam Defender and Dennis Cranmer. We think that the carry-over approach with Hawker Smuggler, Ithlinne Aegli and Sheldon Skaggs is currently the best way of playing Francesca. In general, the deck is highly adaptable. Water of Brokilon and Oak grant you an amazing long round, but your shorter round can be very explosive as well. -Jagdulf (Nxsd)

- This build is extremely versatile, with a lot of potential carry-over into Round 3

- Thanks to the healthy amount of proactive and reactive cards, you don't have any outright unfavored matchups

- Depending on your hand quality in Round 2, you can try to 2-0 your opponent

- Drawing Nature cards for your leader is essential, but the odds of missing them are incredibly low thanks to Fauve

- Facing engine-overload decks like Queen Calanthe is very difficult on Red coin, as they can always decide to 2-0 you

Tailbot didn't manage to advance through the recent Gwent Challenger, but he did leave a lasting impression on the meta with the Syndicate leader he decided to bring. Cleaver, wildly overlooked by everyone except for Tailbot, brings way more of a punch to the table than anticipated. His strength lies within chaining two cards in one turn, allowing for strong combos like Slander into Graden or double Fisstech. Dip in the Pontar with 2 extra coins on top still nets you at least 8 points. All in all, we believe Cleaver to be the best Syndicate leader at the moment. -Gravesh

- Very adaptable game plan: Strong in short rounds with leader ability, but also powerful in long rounds thanks to Portal and Justice

- Flexibility: Much like Calanthe, Cleaver's leader ability opens up many possible plays throughout the entire game

- Coin allocation: With a baseline of 6 efficient spenders, you have to think ahead and make sure to evaluate them correctly

- Difficulty: Cleaver is even harder to play than Dijkstra, so prepare to invest some time into this deck before you master it

- Consistency: Although having an easier time executing your plan than Dijkstra, the deck's power level is still somewhat tied to drawing Portal

Dijkstra can no longer generate carry-over in the form of additional charges, yet his leader ability is still quite useful. While the majority of players opted for the popular Cleaver deck, some chose to remain loyal to the bald spymaster. Dijkstra's ability to provide your spenders with more coins on demand can be game-deciding. If given the luxury of sufficient funds, cards like Philippa Eilhart or Ewald Borsodi will take over the round on their own. However, due to the popularity of Purify cards, DJ can't afford to run Graden and thus loses out on a valuable control tool. -Wusubi

- Dijkstra usually wins Round 1, allowing him to bleed the opponent if necessary

- Draw dependent: You need Portal and the ideal amount of crimes + spenders

- Purify effects: Getting Fisstech value is often awkward and while Triss can help, she will never compensate for Cleaver's leader ability

The rise of Francesca as the deck to beat in this season has enabled Calanthe to be the leader to counter Scoia'tael. Calanthe's ability paired with Vernon Roche and Hen Gaidth Sword allows you to play at least two engines per turn for the first three turns. This makes it impossible to answer all of your engines. They will continue to stack charges, eventually removing all of the opponent's threats, if not their whole board. In a meta heavy on Ardal and Syndicate, Calanthe falls off, so it's better to play Foltest. -Andasama and Saber97

- One of the best Blue coin decks to date, with ridiculous 2-0 potential if you have at least 7 cards in hand for Round 2

- Doesn't rely on its gold cards, you can invest almost all of them to win Round 1 except for Portal, Vernon and Sword

- Red coin against other engine-oriented decks

The finest of the Temeria's finest are still... well, fine! Having received several nerfs at the start of the season, Foltest has survived, mostly thanks to how absurdly strong he used to be. Vernon Roche is still an extremely powerful card and so is post-nerf Draug. Falibor is more than capable of filling the value provision slot that Keira used to occupy. Foltest doesn't handle Francesca as well as Engine Calanthe does, but he has a better matchup against Syndicate and Nilfgaard. In a way, he compliments Calanthe and NR can adapt to the meta. -Green-Knight

- The deck is flexible, it can play for different win cons and adapt to any matchup

- Strong in both long and short rounds, great tempo plays and decent removal, can put up one of the scariest Round 2 bleeds with Draug

- At its heart, Foltest is a combo deck and is relatively draw dependent, which is why the deck has to play tutor cards like Royal Decree and Alzur's Double-Cross

Calanthe's ability to draw any card from your deck is obviously great in a list with Shupe. The secondary use can be combining Anséis with Nenneke or Prince Stennis. This deck has plenty of removal, which makes it favored against most of the long round decks like Engine Calanthe and Arachas Queen. Harmony Francesca always outvalues you, which is why you should play some engines in Round 1, look for a pass and bait them into bleeding you in Round 2. The versatility and raw power of Shupe, Anséis, Falibor and Vissegerd will often grant you card advantage. -Pajabol

- Leader ability and Shupe grant you a lot of flexiblity

- Does poorly against Fran, you can switch to the engine version to counter her

- Similarly to Ardal, you can struggle with proactivity, especially when going first

While not too much has changed for AQ apart from the huge buff to Keltullis, the current meta is more favorable for the spider queen due to the nerfs to Foltest. AQ also has a decent matchup against Francesca, which is a huge bonus considering that Fran is currently one of the most prevalent and strongest decks on the ladder. -SpyroZA

- Good against Francesca, as AQ is one of the best long round decks in the game

- Keltullis provides you with a fantastic anti-bleed tool, she plays for insane value on Deploy and can be game-winning if left unanswered

- Very easy to tech against with tall punishment and artifact removal

- Geralt: Yrden or Korathi Heatwave instead of Manticore Venom

While big Monsters got buffed a bit in this patch, it wasn't enough to bring them back to the top. However, with the rework to some Vampires, you can combine both packages, resulting in a decent hybrid deck. The list can generate plenty of value in long rounds thanks to Thrive units and the bleed-based package with Orianna. In shorter rounds, you can rely on the big boys and Dandelion: Poet. You can't beat other engine decks in a long round, so the optimal approach is winning Round 1 with a few tempo plays and bleeding the opponent in Round 2 with Vampire package, resulting in a very short Round 3. -Andasama and Yangtse42

- Naglfar with Dandelion: Poet and big tempo cards can vomit out a lot of points in just a couple of turns

- Very draw dependent, because in order to beat other meta decks like Francesca and Calanthe, you have to win Round 1 and try to bleed them to death in Round 2

- If Nekurats and Orianna get answered, you actually lose out on a lot of potential

With Francesca being the dominant deck this patch, Greatswords (GS) became a viable option for Skellige, as they are even greedier than Harmony decks. The deck tries to maximize the value that you can get out of GS with cards like Torrential Rain and Delirium. You can drop your GS after playing Rain, so they get buffed to 6 immediately and are out of the effective removal range. Gremist and Pellar can Purify locks or Poison, which is decisive against Fran. Unfortunately, this list is very susceptible to tall removal and struggles against engine-overload Calanthe. -Pajabol

- Very good in long rounds, as you can outgreed the majority of the meta decks, notably Harmony Francesca

- You can play non-interactive cards for a few turns, which can be crucial against control decks such as Ardal

Things went downhill for Svalblod, as Francesca, Dijkstra and Cleaver are popular and they all run Poison or Bounty. The new Alchemy inclusions ended up helping a bit. Svalblod's over-reliance on Priests was somewhat ameliorated by the inclusion of Freya. Triss acts as a swiss army knife. She can replay a bronze engine or remove a crucial threat. Due to the prevalence of negative statuses to punish your tall units, Gremist became a very useful addition. -Hippo

- The deck has a decent amount of proactive, hard-to-remove engines

- Powerful swings and finishers with Olaf, Vildkaarl, Jutta and Sigrdrifa

- Tall punishment, Svalblod suffers with the rising popularity of Cleaver

- If you lose Round 1, engine decks such as Francesca will roll over you in Round 3

Even though his results in Challenger leave a lot to be desired, Ardal is still the best Nilfgaard has to offer. With the nerfs to Serrit and Fire Scorpions, some Ardal players opted to remove the Witcher trio altogether, while changing Scorpions to Nauzicaa Sergeants. We are seeing an uptick of Queen Calanthe in the post-Challenger meta, so we decided to keep the Witcher trio, as the extra control comes in handy when dealing with NR's numerous engines. The meta is fairly tall, so Leo is a safe inclusion. -Hippo

- Long round potential thanks to Nauzicaa Sergeants and ample removal tools

- Can run into problems with proactivity

Hyperthin is an archetype which enables playing every card from your deck. It utilizes several sources of thinning, that all provide you with awesome tempo. Such an advanced control over the deck opens the possibility of using cards that can reliably deliver huge point swings if their condition is met. With a thin deck, Calveit's leader ability gains a lot more impact, especially if Yennefer's Invocation was able to acquire a strong card from the opponent. Unfortunately, without drawing the thinning tools early, the deck becomes clunky. Your game plan is very linear, offering multiple ways for your opponent to interfere with it. -Thekeyer

- Thanks to your incredibly powerful short Round 3, you can outvalue most decks even a card down, which allows you to bleed your opponent

- If you don't find Portal or Vigo, you will struggle with executing your game plan

- Vulnerable to any kind of tall punishment, deck manipulation, as well as being bled in Round 2 if you didn't secure Round 1