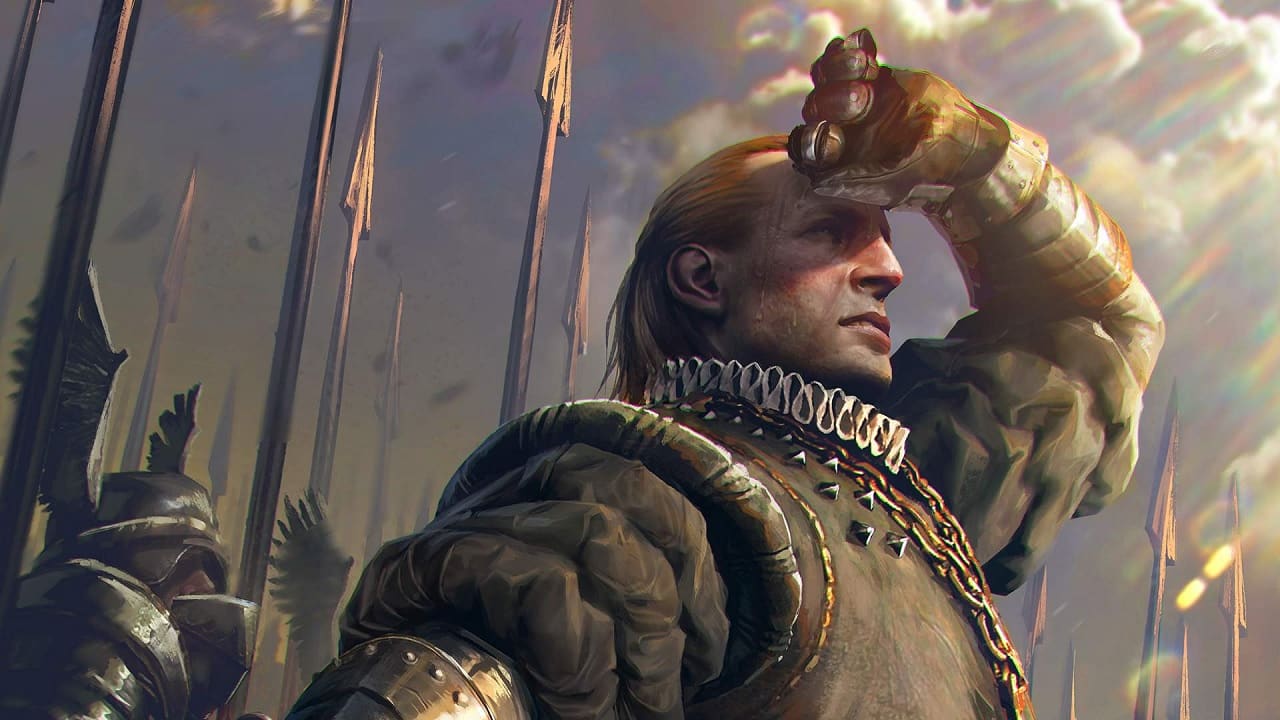 Welcome to our 4th meta report,

Under each faction, you can find the very best decks available, along with a brief summary of their strengths, weaknesses and considerations. Don't be shy and join us on our Discord if you have any questions.

Enjoy the report and see you again when the meta shifts! -Wusubi

Updated on 23, May 2019 - Removed Gernichora from Monsters. Woodland isn't included either, as they simply don't see enough play (if any) in the current meta. Skellige power levels were adjusted. Svalblod dropped to 4.25 stars. He remains powerful, but everyone is teched for this matchup. Arnjolf dropped to 4 stars for similar reasons.

Crach Control is now rated 4.25 stars. Added Brouver Midrange and Filavandrel Dorfs to ST, both decks are quite popular. Adjusted NG ratings. Henselt decks have lost some power because of the control meta. Added Foltest Draug.

Over the last few patches, Monsters continue to be hit by strings of nerfs that have, for the most part, not hindered Arachas. This Consume version plays for pure value and can easily punish any player that tries to bleed you. It includes plenty of removal options, as well as an insane amount of points. You have the luxury of a very powerful long round and a good short round. Pellar can either unlock any unit, or remove Doomed tag from Ancient Foglet, allowing you to consume it again.

- Unlike the other versions of Arachas Queen, this one is very resilient to a R2 bleed

- Decent amount of removal options against engine decks, which can also be used to enable your Glustyworp

- You can consider Impenetrable Fog instead of Griffin. It almost always earns its value and it can be quite good against engine decks to drop multiple engines to 3 power for Manticore Venom -SirLoathing and Green-Knight

This version opts for the very greedy artifact package and Yennefer of Vengerberg. You could say that the deck is vulnerable to being bled, but that's the price you have to pay for rocking one of the best long rounds in the meta.

- Incredible long round potential thanks to Summoning Circle, Yennefer of Vengerberg and Glustyworp

- Vulnerable to being bled, especially due to the artifact package

With the ridiculous buff to Drummond Shieldmaidens, Svaldad has received 3 extra provisions this patch. You can easily find room for an expensive card such as Renew, which allows you to recycle your finishers, as well as removal when necessary. On top of that, Svalblod Priest is also a godlike card after the buff. Svaldad is currently dominating the meta because he has it all. Potent and cheap Bronze engines? No problem! Flexible control tools and a decent amount of proactive plays? Sure thing! Insane tempo and reliable finishers? At your disposal. Enjoy the free MMR.

- You can adapt to any matchup and round length with ease

- Thanks to your Bronze engines, you're okay in a longer round, as long as you aren't facing a deck like Henselt

- While tall removal can be played around, it can't always be avoided, especially when you don't have the last say

- Engine heavy decks can beat you in a longer round, which means that you need to draw well enough to win R1

- You can consider Geralt of Rivia instead of Roach if the meta calls for it; too many mirrors, Arachas etc.

Crach has been seeing more and more play recently. Control Bran has been nerfed pretty hard last patch and Crach has turned out to be a good enough of a substitute. This deck is very good at punishing engine decks, as well as tall decks with additional techs. The meta is shifting more towards greedy decks that bank on going unchecked, which makes the deck even stronger. We are including a list teched for engines, but feel free to run more tall punishment.

- Very favoured against all versions of Henselt, as well as the vast majority of Midrange decks

- Your matchup against Arachas Queen isn't the greatest

- As a very reactive deck, Crach struggles against any shape or form of degenerate no/fewer units shenanigans

- You can replace Summoning Circle with Hym, Ulf or Gregoire de Gorgon -Wusubi, Chezzy93 and Saber97

Arnjolf's leader ability got buffed by 2 points and he quickly became a very prevalent leader. While you could argue that he isn't as flexible as Svalblod because his leader ability is a huge commitment, this actually works in his favour. Similarly to pre-nerf Gernichora, Arnjolf is the strongest 2-0 leader. The amount of raw power this deck contains can bully a lot of decks in the current meta. You're vulnerable to tall removal, however a good amount of your units will go above 8 power and it's usually more pressure than your opponent can possibly deal with anyway. The deck packs even more effective removal than Svalblod, making it easier to bleed your opponent. Your Bronze engine package can carry you in a longer round, should you ever fail to win Round 1. If you love slamming points, Arnjolf is your boy.

- You can develop so many points extremely quickly, which makes punishing engine based decks easy for you

- You can't really dodge all tall removal. You absolutely have to win Round 1 against Emhyr Midrange for example, otherwise you will lose to double Leo Bonhart. Arnjolf himself is unfortunately a 0 provision token, which means Vivienne de Tabris is a 14 point play if you don't have the last say

- A considerable amount of the value your cards can generate is tied to Bloodthirst. Cards such as Svanrige and Madman Lugos can potentially get very awkward, or even denied

- You can play Geralt of Rivia to improve some matchups, or Roach + Drummond Shieldmaiden for thinning

- You could say that Arnjolf is the greedy leader who plays for pure value. Consider playing Svalblod if the meta calls for more flexibility, or Crach if you feel like having more control would be better than pointslam -Wusubi

Brouver has seen much less play than Eithné for a long period of time. However, the tables have turned after Eithné was hit by multiple provision nerfs this patch. The following variation of Brouver doesn't run traps to make the deck considerably more resilient to being bled. It includes Vrihedd Brigades, which make Brouver up to a 12 point leader.

- Great in long rounds thanks to The Great Oak, as well as in shorter rounds with cards like Sheldon and Brigade

- Just like every other Scoia'tael deck, you benefit from winning the coinflip since it allows you to abuse carryover

- You can have a hard time on blue coin, your cards are low tempo, you need to fight hard to avoid losing on even

- Unfavoured vs SK, they can easily bleed you and cards like Totem and Houndsnout make your Brigades worse

- You can play the version with Crushing Traps, Smugglers etc; if you face a lot of Arachas -Pajabol

Eithné took quite a few blows in the last patch. The combined provision and point nerfs to Sheldon Skaggs, Sirssa, Gregoire and previous staples like Regis: Bloodlust did bring the deck down a peg from its original 4.5 star rating. She remains strong, but isn't as dominant as she used to be.

- You excel in various round lengths, thanks to the addition of The Great Oak

- Performs worse when you can't benefit from your reactive playstyle

- Can be awkward on Blue coin, because a lot of your cards are either reactive, or low tempo

While still being one of the strongest red coin leaders due to his cheeky game plan, this version of Filavandrel is also very resilient to being bled. With the inclusion of powerful tempo tools like Doppler and Roach, you're often able to find an okay pass on blue coin. You're almost guaranteed to get card advantage when the opponent tries to bleed.

- Effective abuse of carryover due to the natural synergy between your leader, Mahakam Defender and Sheldon

- You have almost no removal, which makes your matchup against engine decks miserable

Everything has really been coming up Henselt. Over the last few months, removal has been getting worse while engines have been getting better. Henselt Dragons looks to establish engines that take control of the board and prevent the opponent from developing their points. You have a little less finishing power than the Draug version, but the deck makes up for it with a few more board control options.

- If your opponent can't answer the crucial engines, they will lose the game

- You can answer tall units and combined with Roach and Portal, you can't get forced out of Round 1 that easily

- Vulnerable to being bled

- Vulnerable to removal/control based decks

- You can play Reinforced Trebuchet over the regular one, it either generates value or improves your Sabrina

Similarly to all other variations of Henselt, this deck seeks to overwhelm the opponent with engines and dominate the board state. You have the additional benefit of an insane finisher when given a long round. Draug allows you to completely decimate your opponent with an army of Revenants.

- You will have an easy time when your engines go unanswered

- Just like every Henselt deck, you have a very strong long round with the possibility of a scary Draug finisher

- Vulnerable to removal/control based decks

Foltest has gone by the wayside for far too long. While Henselt can be a more powerful deck when left unchecked, there are some upsides to playing Foltest. With the rise of control decks such as Crach, Foltest's ability to instantly get value out of your Order units can make him a valid choice in the meta. You can opt for a longer round strategy thanks to Draug, but you also have a threatening short round burst of points with the manly Blue Stripes package.

- Resilient to control, which makes your matchup against Nilfgaard and Skellige much better than Henselt's

- Your threatening long round potential forces most decks to bleed you, which can grant you card advantage

- Relatively weak against engine decks due to your lackluster control tools

The Nilfgaard update did breathe new life into this long forgotten leader in the form of the ultimate Midrange deck. You can easily punish your opponents for playing engines or tall units, while having a fair amount of proactive plays.

- Very flexible, can adapt to multiple strategies and any round length

After the sweet 2 provision buff Calveit received this patch, he became a more relevant leader. His ability does bring some consistency to the table, allowing you to fish for your high impact cards if you didn't draw them. Sadly, Calveit doesn't generate enough points to become a Tier 1 deck in this season. However, if you highroll a hand full of golds, any Shupe deck quickly becomes a force to be reckoned with.

- Even with Albrich and Calveit's leader ability, the deck is draw dependant - it plays too many 4 provision cards

- You can get outpowered in a lot of matchups, especially when you draw suboptimally