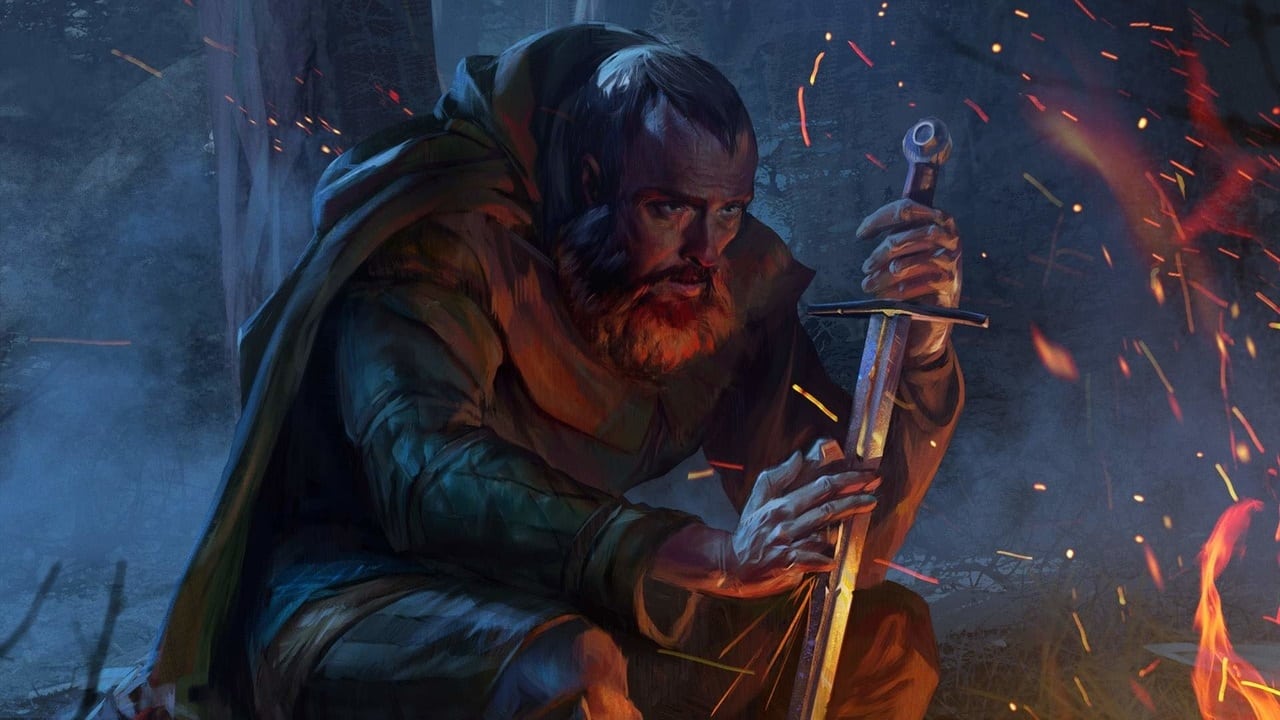 The meta hasn’t settled down completely, however we can tell you which decks are dominating the field as of right now. We plan on updating the report after Gwent Open #8 takes place this weekend. Similarly to our previous report, we split this one into factions. Under each faction, you can find the best decks and also a brief summary of each deck, including strengths, weaknesses and considerations.

Feel free to join us on our Discord if you have any questions.

Enjoy the decks and see you when the meta shifts! -Wusubi

Ever since Gernichora was released, she has been dominating the meta. This patch is no different. The question is, which version is the best? We’ve seen a few different variations running anything from Old Speartip with Griffins and Ghouls, to more of a Midrange version with Ponies and Ice Giants. Aifbowman’s variation with Witchers has proven to be the most consistent one and he used it to reach 2650 MMR this season. This could very well be the strongest deck in the game. It dictates the pace of the match, adapts to every situation and outvalues most decks.

Strengths: With so much thinning, you always find the good cards. Strong in long and short rounds thanks to Thrives and big boys.

Weaknesses: With Witchers, Riders and Foglets you have 4 bricks, which can be awkward on Red coin. You can always try to save your Riders (or even Witchers) for a R2 push. Engine overload decks can outvalue you in a long round if you can’t win R1. You need to be conservative with your removal. Save Dorregaray, Whispess or even Cyclops for the crucial targets like Ocvist and Saesenthessis: Blaze.

Considerations: If you don’t face a lot of Meve, replace Dorregaray and Alpha Werewolf with Roach and Nekker Warrior. -Wusubi

Arachas got a huge buff last patch and is now a viable Leader. I will share the greediest version with artifacts and a devastating long Round 3.

Strengths: Generates a huge amount of points in a long R3. Glustyworp is a scary card when set-up properly. Arachas passive leader ability is worth a lot points in every round.

Considerations: Less greedy version without artifacts, which makes your R3 worse, but you don’t mind the opponent bleeding you. -Saber97

The last patch introduced an interesting change to Coral. The card now has Zeal, which is ridiculous. This change alone has made the already respectable Bran a truly fearsome leader. He’s no longer overshadowed by Crach, because he consistently thins the entire deck and replaces Witchers and Roach with good cards. Bran offers a decent amount of points and makes it difficult for people to develop engines.

The idea behind this version, which was created by our very own Green-Knight, is to get incredible value from discards. It includes 4 provision specials to utilize Coral. Thanks to Bran, Coral and the usual Discard package, you will have a shiny gold hand in the later stages of the match.

Strengths: The deck has a crazy amount of tempo in R1 and is very effective at bleeding. You’re happy to play a long R3, because the deck has almost no "weak" plays after R1. You have a fair amount of control tools to shut down engines. This is the best Geralt: Yrden deck in the game since the card can also find solid value on your own side of the board. Sigrdrifa is a finisher for 12 points. Hjalmar removes anything you want. Commander’s Horn provides a huge burst of points, with Houndsnout providing the extra bodies.

On Blue coin, you can play Caldwell and the next turn you can use Tactical Advantage on him and then play Jutta for 12 points. Very few decks can keep up with this play. It might also force tall removal, making your Sigrdrifa a safe finisher. On Red coin, you can discard Tuirseach Veteran or Caldwell and then use Hjalmar to kill Tactical Advantage target. This play is absolutely disgusting and often results in winning on even cards.

Weaknesses: It’s actually quite difficult to pilot. Since you will see your entire deck every game, you have to mulligan some of the good cards, because you have to play a specific amount of bad cards from hand. The deck obviously loses a lot of its efficiency when Coral and Birna are chilling at the bottom of the deck.

Crach didn’t receive a nerf last patch, so you might be wondering, why the sudden drop in popularity and power rating? Don’t get me wrong, this deck is still extremely strong because well... it’s Skellige. However, with the huge buff Coral has received, Bran is currently the stronger and more consistent leader. Crach offers more control over the round thanks to direct removal, but can have trouble with finding proactive plays, especially when you don’t have the last say. The list I’m sharing is greedy and plays for maximum value.

Strengths: Crach often takes control of the game in R1. Still very consistent thanks to the good old Discard package. Powerful in longer rounds. Favoured against Monsters and engine-heavy decks. Vabjorn is better than Geralt: Professional or Geralt of Rivia in almost every matchup.

Weaknesses: Struggles when forced to play proactively. If you get brute-forced into a short R3, Commander’s Horn value can get disrupted.

Considerations: Honestly, the main reason to play Crach is that thanks to his leader ability and the sheer amount of provisions, he can tech for everything so easily. Djenge Frett against engine decks. Hym butchers Monsters, but can struggle to find value in other matchups.

As you might have guessed by now, Coral buff also affected Lippy decks. The deck is more consistent and has an insanely high power ceiling. Contrary to the popular belief, in some matchups Lippy is actually quite happy to give up the control of the first round and save Coral or even Birna for later. With the inclusion of special cards, you should actually be looking to execute this game plan, as filling your graveyard with junk kind of makes Lippy useless. Push Round 1 when you have to, but for example against Gernichora, you can happily take a timely pass instead.

Strengths: You don’t have to worry about managing your resources, as Lippy completely breaks the provision system. Arguably the strongest Red coin deck for laddering. This deck loves to play out all three rounds, which can be very useful, for example to punish long round strategies.

Weaknesses: The deck is quite reactive and can struggle when forced to play proactively. Some decks can tempo out, pass and counter your game plan, because they can survive your R2 bleed, or outvalue you in a longer R3.

Strengths: This deck has very few bad cards. This means the deck is quite consistent and very rarely loses to poor draws. Morvran is also a great selling point since his ability keeps your engines and Ponies alive, which can be game winning. With Leo and Peter, you’re favoured vs Monsters.

Weaknesses: The greatest weakness of this deck is the lack of a finisher.

This is the new Nilfgaard deck on the block. It works similarly to NR engine overload decks, as it tries to play more engines than the opponent can deal with and thus wins through the value the engines that survive generate.

Strengths: Morvran helps with keeping your key engines alive and the strong Midrange package NG possesses makes it relatively easy to keep your card when getting bled. You also counter the other engine heavy decks.

Weaknesses: Playing Round 1 can be akward due to having a lot of cards you don’t want to commit. Luckily, this deck can deal with being bled, so you can afford to give up Round 1.

The idea behind Commander’s Horn, Treason and Menno is to sacrifice control tools like Leo in exchange for a higher proactive power ceiling.

Strengths: Commander’s Horn offers reach and makes your Round 3 better. You can shuffle it back with Assire and play it again with Menno.

Weaknesses: With Impera Brigades, Witchers and Roach you have 4 bricks, which makes the deck a bit of a mulligan nightmare on Red coin. You sacrifice control tools and become more vulnerable to an effective bleed.

While borrowing Dragons and Hubert from Adda, Meve can keep her engines alive, allowing you to reach R3 in favourable circumstances.

Weaknesses: Struggles vs disruptive decks with a lot of removal. The deck performs poorly when you lose R1. You're vulnerable to being bled.

Adda’s leader ability provides you with either an even stronger Hubert when you have the last say or the option to remove a key unit.

Strengths: With last say, Adda offers the biggest swings in Gwent. She walks the fine line between an engine deck and a control deck.

Weaknesses: Similar to the last patch, Adda is quite vulnerable to being bled. When you don't have the last say, her leader ability often doesn't provide as many points or utility as Meve or Henselt would. Your engines are easier to remove.

Brouver Traps is one of the best decks in a longer R3. There are several versions. Some of them are all in on Traps, while the version I’m sharing runs Ragh Nar Roog. This is a modification of the list I used to reach the best pro ladder score last season.

Weaknesses: Can be bad in a short round. Struggles against proactive decks with a lot of points. Weak to artifact and weather removal.

Considerations: Your worst MU is Gernichora, so if you face her a lot, consider adding Geralt of Rivia. Careful though! Prince Villem might pull Geralt in some awkward situations. You can also replace Ragh Nar Roog and a Bronze card with Iorveth and Pitfall Trap. This version can easily punish decks that rely on big finishers. -Saber97

Filavandrel handbuff is one of the strongest Red coin decks in the current meta. When the pilot is allowed to execute the game plan of dipping R1 early and surviving R2, the deck can produce an astounding amount of points. Shotout to Insomnia228, who fleshed out the entire archetype.

Strengths: The deck features a variety of engines, immune units and removal, backed up with large handbuff. This can make it very difficult for your opponent to get their own engines online, while also interacting with your buffed units. Since your game plan involves giving up R1, it puts the onus of pushing R2 on the opponent. Don’t be shy with your leader ability. Handbuff and Gabor allow you to stay in control.

Weaknesses: Geralt: Yrden or any tall punish. On Blue coin, a smarter opponent can make it nearly impossible for you to find a favourable pass. Some decks have the tools to bleed you effectively. Decks like Midrange Bran can rival you in a longer R3. Your low end Bronzes are much worse than in other decks. This is an issue when you are forced to spend a considerable amount of resources in R2 and draw into Bronzes in a short R3.