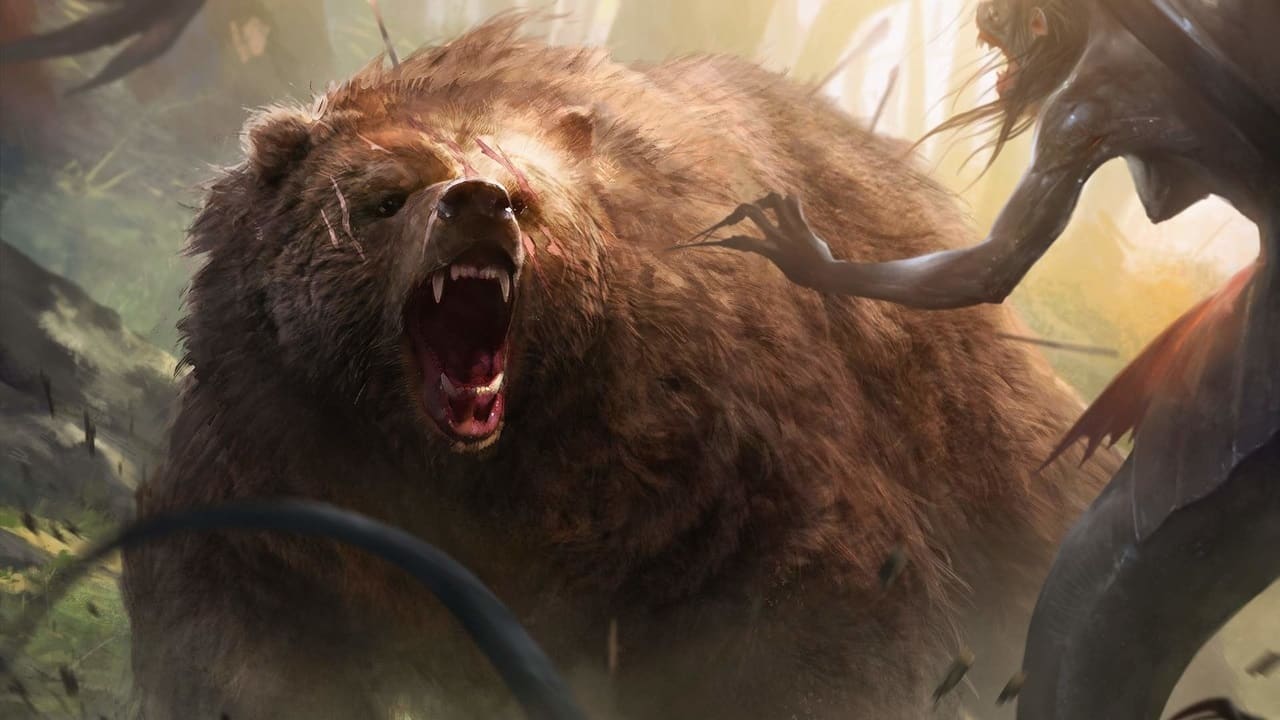 After a 1-month hiatus, we return with all the evil data we gathered. We will update the report regularly, with the aim of providing the most accurate depiction of the current pro rank meta. If you have any questions, you can join our Discord.

Hidden Cache grants you 3 disposable coins in each round and makes your Hoard cards such as Passiflora Peaches and Saul de Navarette incredibly potent. This eliminates the two main weakness of Syndicate; you no longer have a clumsy start of the round, and you don't lack for proactivity. With stable coin generation and The Flying Redanian being even more efficient, you can contest Round 1 with ease. Boasting an alarming amount of engines to win the long round, along with the Luiza-Savolla finisher, the deck is extremely flexible. -Wusubi

- The deck is threatening in long rounds with the engine-overload approach, while its short round potential is nothing to scoff at either

- Other than being somewhat difficult to pilot, there isn't a glaring weakness

Uprising has proven to be very powerful, single-handedly dragging NR out of the dumpster thanks to the synergy with Vissegerd and Lyrian Scytheman. This deck abuses the power of these pay-off cards by swarming the board using Germain and Queen Adalia, then buffing your units with Bone Talisman. Extremely strong in a long round, you can defend the bleed with decent Midrange cards such as Falibor, Anséis and Baron. -Pajabol

- Less draw dependent than other NR decks thanks to enabling Scytheman

- Tremendous long round potential with Bone Talisman, giving you absurd value from Vissegerd and Scytheman

Thanks to the new leader ability, NR are experiencing renaissance. Uprising is a much-needed breeze of fresh air, allowing for great flexibility in letting you decide when and how you want to utilize the 4 boost charges (and play the subsequent Lyrian Scytheman) in a match. Combined with the good old high-end staples such as Draug and Queen Adalia, you've got a very functional deck. While you can't always contest Round 1, you can defend the bleed quite well, often winning the final round thanks to card advantage or leader charges. -Jagdulf

- Great long round potential with Draug

- Uprising enables strong cards with the Inspired tag, such as Prince Anséis

- You can get bled to the point where you have to play Draug without getting ahead in points, and thus losing your card advantage

This version of Poison NG omits Assire, Matta and Roach to fit in the soldier package. While the deck cannot recycle Masquerade Ball, it more than makes up for it with the inclusion of Ramon and Ffion. You have a much better bleed potential and protection for your engines through the leader ability. -Minuano

- Potent in long and short rounds alike, can apply a lot of pressure in Round 2 with the soldier package

- Engine protection with your leader charges, the soldier package grants you some proactivity and allows you to abuse Red coin

- Can struggle with proactivity

- Susceptible to Bomb Heaver if Ffion gets answered

With Mystic Echo being solid, but a tad weak to the rise of punish cards like Igni and Yrden, Deadeye Ambush is the leader of the hour. This Midrange variation moves away from a full Elf build to make room for Poison and Harmony. Due to the departure of Radeyah and Feign Death, you can now more freely contest Rounds 1 and 2, without being shoehorned into forcing a long round to get full value from the likes of Isengrim. -Gravesh

- Unlike with older versions, you aren't committed to a long round game plan

- Without Isengrim, the deck isn't as powerful as it used to be in a long round

After a hefty provision nerf back in February, Mystic Echo has vanished, only to resurface at the end of last season. With the meta shifting and NR being more prevalent, good ol' Harmony is once again a force to be reckoned with. Just like back in the day, this deck excels at playing into all 3 rounds. Win Round 1 with Percival and bronzes, bleed Round 2 with Water of Brokilon and win a short Round 3 with your amazing leader ability. -Gravesh

- Strong Round 1, allowing you to contest any deck on either side of the coin

- Despite the provision nerf, Mystic Echo is still one of the most potent leaders

Since the seemingly better Draug variation of Uprising is relatively easy to target, you have the possibility to opt for the safer route. This Midrange version doesn't go wide and rather focuses on shutting down the opposing engines. The inclusion of Radeyah allows for the combo with Prince Anséis. -Jagdulf

- Struggles with proactivity if constantly forced into the role

Despite Elder Bears getting row-locked after the last patch, Imperial Formation holds a good position in the meta. Hefty Helge and Stefan Skellen combined with Letho: Kingslayer are a big threat with the protection from leader. Damien de la Tour and Yennefers Invocation have been replaced by the Poison package. The decent soldier core alongside Poison is often good enough to win Round 1, allowing you to bully the opponent in Round 2. -Pajabol

- Excels at abusing Red coin with Ramon and soldiers

- You will sometimes struggle with proactivity on Blue coin

The meta got even greedier and Gedyneith Second Wind started having serious trouble keeping up. The switch to Dracoturtle Ursine Ritual gave Skellige more long round potential, but still lacked some punch. Enter Greatswords. Should you secure last say in a long Round 3, the deck can tackle any threat. Acting second helps, as the opponent must always be mindful of Wild Boar. Coin abuse has never felt this good. -Hippo

- One of the best long rounds in the game

- Wild Boar and Morkvarg: Heart of Terror give you amazing reach on Red coin

As it turns out, the buffs to Cerys an Craite and Dracoturtle were more than enough to bring Ursine Ritual back to its former glory. The deck includes the good old Svalblod Priest and Armored Drakkar package, granting you adequate engine value to win longer rounds. If you need to bleed the opponent, the extra tempo from Crowmother and Cerys will come in handy, allowing you to apply a lot of pressure. -Wusubi

- Gremist offers protection against Poison, especially when combined with Sigrdrifa and Covenant of Steel

- Incredibly flexible game plan, can go for a longer round, but also excels at bleeding the opponent with a handful of high tempo plays

While the world is plagued with the Corona crisis, Gwent is plagued with the Hidden Cache crisis. If you don't enjoy playing yet another version of a deck that has remained the same for 5-6 months, we've got your back. Built around Intimidate synergies, this Congregate deck aims to put huge pressure on the opponent in Rounds 1 and 2, finishing the game off with Harald Gord, or the notorious Luiza-Savolla combo. -Gravesh

- Portal and Whoreson Senior put multiple engines on the board in one turn, which is something that only a few decks can deal with efficiently

- Since this is a Pointslam deck at heart, it has very limited removal options

With Lippy proving to be a bit too greedy, a lot of players have opted for Second Wind. The most successful versions tend to include a small amount of Druids alongside Gedyneith for an explosive finisher, while keeping the package of bronze ships and Wild Boar of the Sea. Having a reliable win condition for long and short rounds alike makes this deck flexible and powerful enough to compete with the rest of the meta. -Wusubi

- The bronze core of ships allows you set-up a massive swing with Wild Boar, giving you enough power to win Round 1 or a longer Round 3

- For shorter rounds, you have the insane 30+ point finisher with Gedyneith, often procced in 1 turn using Second Wind, Ermion and Freyas Blessing

- While you have the tools to generate Bloodthirst, a few matchups can handily reduce Wild Boar of the Sea value, namely Imperial Formation and Uprising

With Hidden Cache spreading over the ladder, some players sought refuge in Lockdown. Other than dismantling the game plan of Lippy and Kikimore Queen decks, you have a good shot against the top dogs of the meta if you draw reasonably well. And while this sounds good on paper, Imperial Formation does it much better. -Hippo

- The lack of provisions is a severe handicap

- The deck is extremely draw dependent, missing one of your expensive golds can result in a loss

With the resurgence of Draug this season, Masquerade Ball should be a bit weaker, but it can still abuse Red coin pretty comfortably. As it stands, there are too many variations of this deck, with Tactical Decision being the most prevalent one. Imperial Formation, Lockdown and Imposter can all be a valid choice for a Poison deck, depending on the current shape of the meta. -Minuano

- Tactical Decision allows you to proc 1-2 chapters of your Scenario, thereby minimizing the impact of Bomb Heaver

- Does an incredible job at abusing the coin and threatening to win on even, especially with the extra punch from Roach

- Unlike Imperial Formation, your leader ability doesn't provide any protection for your engines, making them prone to removal

With the buff to Cerys an Craite, Lippy makes a comeback in combination with Ursine Ritual, resulting in a decent Pointslam deck. Having several high tempo plays makes this deck extremely threatening on Red coin. If you draw well enough to win Round 1, you can bleed the opponent quite effectively in Round 2. Ideally, this would lead to a short Round 3 with cards like Lippy, Cerys and one of your 12 power units. -Anda

- Lippy recycles your golds and sets-up a scary finisher

- You can abuse the opponent with a lot of tempo, forcing them to either give up round control or start committing their good cards

- Loses the long round against majority of meta decks

- The deck has 4 bricks, yet it needs to have a decent hand quality in Round 1 to execute its game plan, which makes it very draw dependent

The introduction of Overwhelming Hunger opened new alleys in MO deck-building. The faction can now fully utilize Plague Maiden with cards like Morvudd and Yennefer of Vengerberg. With the leader ability, you can consume your rat-spawning cards in the same turn as you would use the pay-off cards. Make no mistake, this deck can bleed the opponent in Round 2, and it's also equipped to defend the bleed should you lose round control. -Thekeyer

- The deck is draw dependent and lacks removal

- Wide punish isn't game-deciding, but it can be very devastating nonetheless

For many seasons, people were trying to utilize Deaths Shadow, Caranthir and Kikimore Queen as a win condition. Once the surprise factor wore off, it started to get mixed results at best, as most meta decks are able to bleed out the combo before Round 3. After the last patch, Freddybabes noticed that the cheaper Renew can help with the deck's main problem. Thanks to the option of resurrecting Caranthir, you can play him earlier to get round control, while still being able to perform the full combo in the final round. -Thekeyer

- Packing a lot tempo, you can threaten to win on even when going second

- As long as your combo doesn't get forced out before Round 3, you're strong in any round length

- Linear game plan, no tools to interact with the opponent's side of the board

- Tall removal, decks that can quickly remove Insectoids (with cards like Falibor)

April 22 - Updated a couple of decks, most notably Hidden Cache and Stefan Helge.