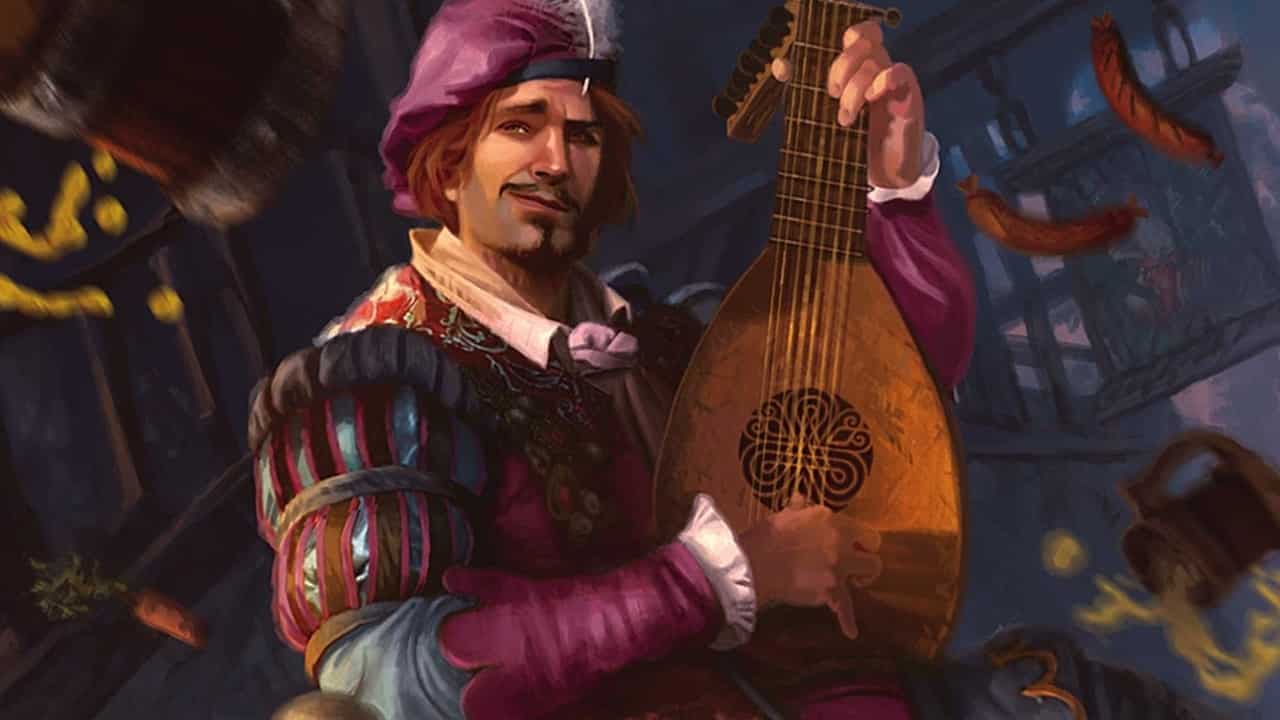 Welcome to our 13th meta report,

Scoia'tael is of course still the faction to beat, with Precision Strike as the leader ability of choice. The rework of Passiflora is much better than we anticipated, leaving Syndicate in a great spot. Blood Money is a competitive alternative to Wild Card. Skellige is back in full force after the massive buff to Wild Boar of the Sea.

With multiple nerfs to Poison, Nilfgaard has opted for the classic Imperial Formation list with Damien, Stefan and Ramon. The downfall of Pincer Maneuver and the recent meta shift allowed Blood Scent to yet again become a competitive deck. Northern Realms have some options in Mobilization Siege and Inspired Zeal Draug.

Under each faction, you can find optimized decks, the power rating and a brief summary of their strengths, weaknesses and various considerations. If you have any questions, please join our Discord: https://discord.gg/uSUSJZr

See you again when the meta shifts! -Wusubi

The provisions of the Mystic Echo ability were nerfed again, yet the Harmony core was more or less left untouched. Looking for a better leader to accomodate the whole package was... natural. 16 provisions combined with the extra removal make Precision Strike a wonderful ability for this archetype. The deck is almost identical to Harmony from last patch, the new additions are Treant Boar, Sentinels and Nature's Rebuke. -Thekeyer

- Strong in any round length, consistent with Fauve and Call

- Without the ability to replay Water of Brokilon, you're more susceptible to being bled, as using Water is a commitment

Pioneered by Green-Knight, this Hybrid variation of Precision Strike is a hot candidate for the best deck in the meta. It combines the best elements of Scoia'tael - the engine value of Harmony and the tempo of Elves. Having multiple cards that serve as both control tools and engines is what really makes this deck stand out. Mulligans can get dicey, but as long as you're smart with them, it should be fine. Holding onto a bricked Sentinel in order to mulligan it later can occasionally be a valid option. -Spiderchicken9

- Great in both long and short rounds, always dictating the pace of the game

- Can struggle in mirrors vs greedier versions, e.g. full Harmony and full Elves

Not too much has changed within Syndicate, apart from a wholesome leader ability crawling its way into the meta. While Wild Card can offer a massive swing with Graden, Blood Money provides more flexibility. You can adapt to the opponent's strategy with ease, while simultaneously being able to develop your own threats. Passiflora can give you two engines and 6 coins, allowing you to potentially overwhelm the opponent. -SpyroZA

- Lower finisher potential without the likes of Graden

- Reliant on combo pieces, which can sometimes lead to awkward hands

New patch, old (wild) cards. Generally speaking, Syndicate has shifted more towards engines due to the reworked Passiflora and its synergy with Seductress. While the leader ability received a provision nerf, it's still a powerhouse. Wild Card enables you to go for the Graden combo, but in rare cases you can use it for Poison or to proc Passiflora since Pickpocket has the Blindeyes tag. -Gravesh

- Strong long round with Passiflora and other engines, while Luiza & Savolla got your back in short rounds

- Passiflora is of course vulnerable to artifact removal

Skellige finally received a number of buffs this patch, which decidedly led to the faction being competitive again. With Wild Boar of the Sea at the obvious spotlight, Hammond also received a rework, making him the perfect fit. The deck packs some engines and other cards to set-up Bloodthirst, granting you the upper hand in long rounds. Wild Boar and Morkvarg are effective answers to tall and wide strategies alike, which makes Skellige a force to be reckoned with at the hands of a good player. -Minuano

- Your opponent can often exploit the straightforward game plan of this deck, while Crowmother helps with defending the bleed, you can still struggle with closing the game out in a short Round 3

After a few significant buffs to Skellige, the whole ladder was flooded with Greatswords. However, the faction has slowly drifted towards decks that omit Greatswords and focus on getting decisive value with Wild Boar of the Sea. This deck combines the usual bronzes with some damage cards, the ultimate goal is to set-up a lot of Bloodthirst. Arnjolf the Patricide increases the ceiling of cards like Madman Lugos, while playing for 11 points when combined with Wild Boar or Hemdall. -Pajabol

- You have a lot control to deal with the opposing engines

- The deck will sometimes struggle with proactive plays, especially when you don't have the last say in Round 3

- You can try the version without Crowmother

After the nerf to Poison and Radeyah, the Nilfgaard meta has shifted towards Damien and Stefan. These powerful Order cards can be protected with your leader ability and create too much pressure when bleeding the opponent. Ramon, Crossbowman and other Soldiers can bully the opponent, often winning on even cards if you get Red coin. The deck thrives in a short Round 3 thanks to the leader granting you up to 13 points with Affan. -Pajabol

- Very good at abusing the coinflip thanks to Ramon, favored against Skellige

- Flexible leader allows you to constantly apply pressure, while serving as both engine protection and a finisher

- You don't have sufficient removal for a long Round 3

- Scoia'tael and Syndicate are both difficult to beat with this deck, sometimes you have to rely on highrolling the Bribery

Gwent players finally came to their senses and realized that Enslave is what they've been missing out on all along. Adzikov's Top 16 qualifier masterpiece is currently the most prevalent variation. It's packed with conditional cards that can play for a massive amount of points when uncontested. Other than relying on Damien, Stefan and Letho for its finisher, the deck consists of Poison cards, Hefty Helge with 12 tactics and create cards to empower Glynnis. As always, Enslave shines at punishing bad players, so while the preliminary results may be desirable, don't expect this deck to be able to press that advantage. -Minuano

- With Ffion's protection, your win condition in Damien, Stefan and Letho can often take over the game

- Thanks to the high amount of non-interactive removal, you excel at abusing the coin, threatening to win on even

- Since the deck plays 12 Tactics, an unanswered Hefty Helge will comfortably win the entire round without any further commitment

- You can't contest decks that go wide, specifically Scoia'tael, some decks can play around your leader in short rounds

- While you're very happy when acting second, it can be extremely awkward for you when going first, as the deck has limited proactivity

- The lack of immediate tempo when getting bled is a big issue, the opponent will force out either Damien or Stefan in Round 2 and preserve removal for the other engine in Round 3, which renders your Letho useless

While this deck saw nerfs to provisions and power, Poison is still a viable archetype, albeit a bit on the weaker side. The Assimilate package and Masquerade Ball should be used to win Round 1. Assire recycles golds, allowing you to play Masquerade Ball twice. Tactical Decision has a lot of uses: triggering multiple steps of the Scenario in one turn, pulling the Invocation target or looking for another Poison. -Andasama

- Powerful in longer rounds due to the high amount of engines and removal, your leader ability is very flexible, which allows you to adapt

- Relies on acting second, otherwise you might often struggle with proactivity

- Slow start to the round, the fact that you have to set-up your engines before doing anything else makes you susceptible to being bled

The second day of the Top 64 qualifier was most certainly full of surprises, the inclusion of Vampires was among one of them. Initially engineered by Wangid1, this version cuts Garkains and Nekurats and plays a less vulnerable bronze package. The inclusion of the Caranthir & Living Armor combo ensures an utterly explosive short Round 3. Vampires thrive in an environment where tall removal isn't omnipresent. After all, monstrous size has no intrinsic merit unless inordinate exsanguination be considered a virtue. -Minuano

- Uncontested in a short Round 3, can put extreme pressure on the opponent in Round 2 with the use of leader charges and Orianna

- The score of Thrive engines coupled with the big boys makes for disgusting red coin abuse situations, needles to say the deck has no trouble with taking the first round and setting the pace for the remainder of the match

With the latest patch came meager buffs to the Larva faction. The biggest one was the rework of the Neutral card, Adrenaline Rush, which sparked experimentation with the abandoned Organic archetype. It turned out to be the driving force for Arachas Swarm, playing way above the curve as a 9 for 5. The reworked Imlerith and buffed Adda make for nice additions. Sadly, the deck has a hard time matching other factions in terms of firepower and serves mostly as a distraction for the dwindling population of Monster players. -Hippo

- Strong in medium and short rounds thanks to big finishers

- You can dictate the tempo on Red coin, threatening to win on even cards

The man himself has awoken from hibernation - Foltest (aka Inspired Zeal) is back on the menu. With nerfs to both Pincer Maneuver and Mobilization, the return of the rightful king was the only logical conclusion. The goal is to play Commando and create more copies with Scouts for tempo and carry-over via Pavetta. While this is a combo-based deck that can have a suboptimal hand, it can also win any matchup with a solid hand. -Gravesh

- The deck is a bit highrolly, some hands are awkward to play out efficiently

- Since your game plan is telegraphed, the opponent can usually adapt to it

The recent update wasn't any kind to Northern Realms, nerfing the popular leader abilities, Philippa and Radeyah. As a result, the nerfed Pincer Maneuver was almost completely replaced by Mobilization in a still-developing meta. Siege into Mobilization on Trebuchet is a huge swing, but the deck plays 17 bronzes in order to fit in all of its golds. Having such a polarized curve makes it scary on a highroll and underwhelming when you draw poorly. -Thekeyer

- Vulnerable to a well-executed bleed in Round 2, with the risk of Siege and Mobilization being forced out

- All of your power is stored within the top 7 cards of your deck, missing both Siege and Matta will lose you the game

For the tier friends