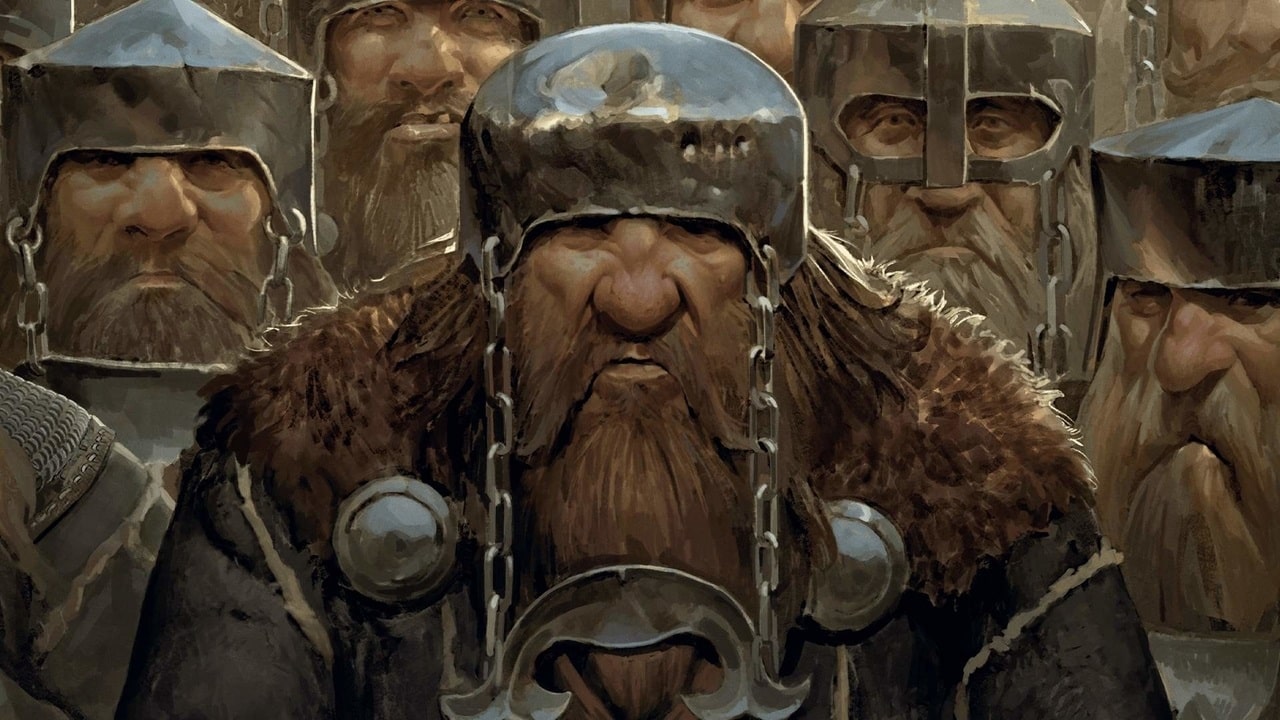 The season of Mahakam is well-underway and with it we got a new Seasonal mode. The rules are very straightforward, whenever you play a unit or artifact, it gains Resilience. In this guide, Andasama will assist you with building your own Seasonal deck, explaining which cards are useful in this mode and why. 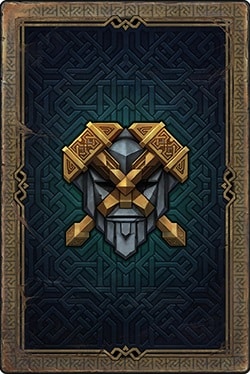 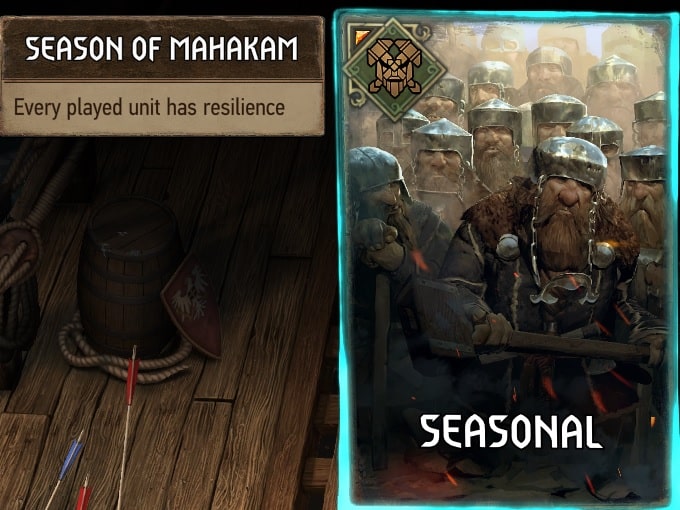 There are multiple to approach this Seasonal. You can play an engine-heavy deck with artifacts, focusing mostly on killing your opponent's units, denying their Resilience. Northern Realms are the perfect faction for this style, take a quick look at Jaggerous' Pincer Maneuver. The other option is going for heavy pointslam, playing bodies with high base strength and relying on Purify effects to deny the Resilience from your opponent. Monsters and Skellige are the advocates of pointslam, check out Jagerrous' Patricidal Fury as the best example, allowing you to utilize Patricidal Fury in Round 1 for carry-over. It's also worth noting that armor-based units like Yghern or Living Armor will destroy themselves at the start of Round 2.

Artifacts gain Resilience, which makes Ale of the Ancestors and Sihil potent inclusions. They will help you with winning Round 1 and remain on the board for Round 2, often resulting in a swift 2-0 victory. While Ale of the Ancestors can simply keep your units/engines alive, Sihil can annihilate the opponent's board provided you have some support for it. Sihil works the best when combined with damage engines, setting up its Deathlow condition and constantly increasing its damage.

Playing two high-end artifacts makes Avallac'h: Sage a very viable tutoring option. Additionally, you can always throw in Marching Orders since Avallac'h only has 1 base power. This ensures that you will find your Artifacts in Round 1.

If you find yourself facing a lot of Artifacts, you can throw in some Artifact removal. Bomb Heaver and Frenzied D'ao are the neutral options, mostly used in Northern Realms and Scoia'tael because the other factions have stronger alternatives. Korathi Heatwave has the flexibility to remove units as well as Artifacts, giving you the flexibility to deal with pretty much anything your opponent plays.

Let's talk about the secret MVP of this mode: Spring Equinox. If you aren't playing a deck which deals a lot of damage, Equinox allows you to Purify the whole row, denying your opponent all the Resilience for a mere 4 provisions. Equinox doesn't work on Artifacts. You can also include Triss: Telekinesis for another Equinox, potentially Purifying both rows.

As far as Purifying is concerned, the recently buffed Tempest is also a good option, as it denies carry-over on three adjacent units while playing for 6 points. Moon Dust is another option to have a stronger Triss in Round 2, but most factions have their unique and more powerful Purify cards.

Eskel: Pathfinder is a simple but very effective card that can easily play for 20 points in Rounds 1 and 2 if left unanswered. This makes him too good to ignore and you should definitely try to fit him into your deck if you are looking to play some honest pointslam. Geralt of Rivia is situational, but due to the greedy nature of this Seasonal, he will often find a target. Geralt: Axii is always an option, as he deals with a boosted unit while denying carry-over.

Tall units like Old Speartip, Old Speartip: Asleep, Cave Troll, Katakan, Golyat, Pugo and Ice Giant are a good way of getting the most value out of Resilience. Paired with Thrive units, you get a lot of points to win Round 1 and then proceed to 2-0 your opponent thanks to all the big carry-over. If you chose Fruits of Ysgith as your leader ability, you can play 2x Griffin. The 8 points of Resilience for just 5 provisions is completely ridiculous.

Imlerith is a good addition if you're looking to grind some wins towards the Carapace mastery. Monsters have no trouble with establishing Dominance, which makes Imlerith a solid 2 points per turn engine. For Death's Shadow leader ability, Imperial Manticore is one of the best Deathwishes you can include.

Nekurat and Orianna work the best within the Vampire archetype, led by Dettlaff's Blood Scent ability. The opponent can't Purify the Bleeding you apply, because they would also Purify their own Resilience. This makes Vampires decent, especially combined with the big boy package for some carry-over.

Naglfar is one of the best tutors in the game and it's even stronger in this mode, as the first two rounds matter the most. You can combo it with Dandelion: Poet for multiple Thrive triggers and guaranteed gold cards. Nithral will help you with the pesky Ale of Ancestors and Sihil. Even if your opponent doesn't play any Artifacts, Nithral's body is big enough to proc your Thrive units and he still gives you 5 carry-over.

Queen of the Night will always find value. Purifying one of your opponent's units with Resilience while gaining a 5 point carry-over yourself is great, making Queen worth nearly double her provisions in most cases.

Assimilate units like Artorius Vigo, Glynnis and Imperial Diviner are absolutely amazing when combined with Create cards. Imperial Diviner is arguably one of the most unfair cards in this mode since it denies Resilience from the opponent while presenting a powerful engine you can win the round with.

Hefty Helge is a very strong engine, demanding an immediate answer, otherwise it can obliterate the opponent's board. Combined with Tactic cards like Bribery, Imperial Diplomacy (both procing your Assimilate) and the removal options in Assassination and Tourney Joust, Helge is just scary.

The fact that Damien and Stefan get Resilience means that you can use them when you want. Damien allows you to play pretty much any active leader ability Niflgaard has to offer, and to great success. Stefan rewards you for including powerful Tactics like Bribery and War Council.

False Ciri can either remove an annoying Artifact or disable any row-locked engines. Yennefer's Invocation is the superior alternative, as she deals with units and Artifacts alike. You put the removed target on the top of your deck and can use it in Round 2 or with War Council.

2x Lyrian Arbalest (pulled with Portal) combined with Order units like Redanian Archer, Spellweaver, Vysogota of Corvo, Hubert Rejk, Vissegerd and Shani can generate a lot of points. Aretuza Adept, Envoy and Priscilla provide extra charges and you can also throw in Dandelion. Find an optimal balance which works the best for you, you can focus on damage engines combined with Sihil to annihilate your opponent's board, or go for more wholesome boosting.

Reynard Odo, Black Rayla, Anna Strenger, Temerian Drummer and Reinforced Trebuchet are all ongoing engines that will play for a lot of points, but they don't synergize with the Order package. Due to completely overwhelming the opponents with the sheer amount of engines, Northern Realms are dominating this mode.

Saesenthessis, Gabor Zigrin and Milva are great additions, as their Immunity on top of Resilience makes them 16, 10 and 6 points respectively in the first two rounds. If you count in the boosting, Milva can end up playing for a total of like 15 points in 2 rounds, while Gabor can easily be 20 points in a dedicated Dwarf deck.

Speaking of Dwarves, you won't escape their wrath in Seasonal either. Novigradian Justice is as devastating as ever, pulling Dwarven Mercenary or Dwarf Berserker, completely denying the Resilience carry-over from your opponent. Zoltan: Warrior, Munro and Figgis Merlunzo work nicely with each other and offer high base power for the carry-over.

Zoltan Chivay becomes a great removal tool once you have a few Dwarves in play. Barclay Els and Mahakam Guard represent the pay-off cards that will win you the round. The Great Oak is another finisher which can murder any unit.

Dryad Matron and Hawker Smuggler are sturdy engines that will generate a lot of value over the course of the game. They both make it more difficult for your opponent to kill your units by buffing them, thus protecting your carry-over.

Similarly to Queen of the Night, Ida Emean denies Resilience from the opponent. If Pavko Gale sticks to the board or you can protect him, he will play for a crazy amount of points.

While the leader abilities for other factions are interchangeable, Skellige always prefers to play Arnjolf, known as Patricidal Fury. Spawning a 11 power unit with Resilience is just extremely good. Arnjolf immediately enables Bloodthirst: 3 in Round 1, activating cards such as Svanrige Tuirseach or Donar an Hindar.

You can also save up the leader and use him later towards the end of Round 1, potentially denying some row-locked cards like The Great Oak.

Dracoturtle does synergize with Resilience. Other armor-based units like Kikimore Worker will die when they lose the armor in Round 2, but Dracoturtle gets boosted instead due to its ability.

While it might be tempting to pump more armor into this card, it plays into tall removal. The best thing to do is to just play the turtle as a 6 point card in Round 1, with 12 carry-over in Round 2. If you need one more reason to play turtle, look at its premium art for at least 30 seconds.

Olaf and Knut the Callous are a great Skellige combo, offering removal of up to 4 damage, while granting 14 carry-over.

Svalblod Priest and Armored Drakkar are the classic Skellige bronze engine, playing for an insane amount of points and winning Round 1. By growing to 13+ points, you can play Jutta an Dimun for 12 (24) points, which is insane for 8 provisions.

An Craite Longship is another strong ship to consider. It's a wonderful proactive engine that demands to be answered, otherwise it makes the opponent lose a lot of value on Resilience, while enabling Bloodthirst cards. Gremist is obviously great in this Seasonal, as he can Purify multiple units and deny a lot of carry-over. If you play Armored Drakkars, you can include 2x Mardroeme for multiple Purifies.

Other than their usual cards that dominate the ladder, Syndicate can play quite a juicy package in this Seasonal mode. Tax Collector and Imke will generate a lot of coins that you can spend and you can also throw in Townsfolk and Bincy, who get boosted at the end of each turn. This is an unstoppable train, especially with Igor the Hook.

Kalkstein can go on a spending spree, utilizing your bank to Purify all of your opponent's units, denying their carry-over. Dire Mutated Hound generates 2 points per turn and you can pay 4 coins in Round 2 to activate it again. If you face too many Sihil or Ale of the Ancestors friends, Tunnel Drill is always out there to lend a helping hand.