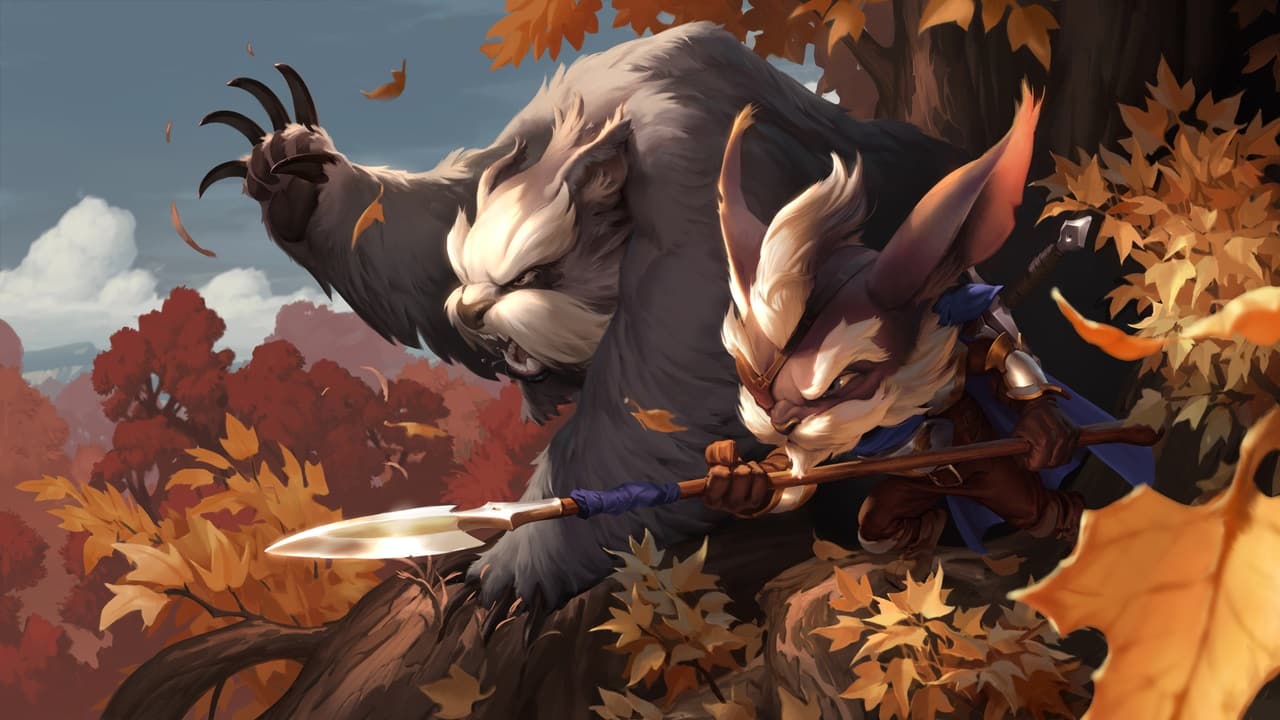 Hello and welcome to TLG’s first meta snapshot for Legends of Runeterra. Every Monday, we will give you our insight on the most represented decks in the higher ranks of ladder.

As the game only came out of beta a week ago, a proper meta has not yet had the time to settle, which is telling of the quality of the expansion. People are trying out new things and there are tons of unique lists around. Some decks have become more popular than others and we are here today to discuss them, as well as rate them on a scale of 1 to 5 stars.

Most of the decks you will find in this snapshot existed before, but got even better thanks to the new tools they received, which is why they occupy the top spots. Newer creations are seeing a lot of play, but they aren’t performing quite as well. It is very likely that they still need a little bit of fine-tuning before they are able to defy the old champions.

This deck embodies the concept of Midrange, dominating the early/mid-stages of the game and closing it out through sheer board presence. You can wear the aggressive foes down, pressure the control freaks and punish any deck that isn’t Ionia with an Unyielding Spirit. Cards with the Challenger keyword alongside buffs allow you to make favorable trades to win the early game. From there, the deck will snowball quickly, turning into an unstoppable force that will crush even its fellow countrymen, as it is also a great answer to most Scout decks. Speak of a tyrant! 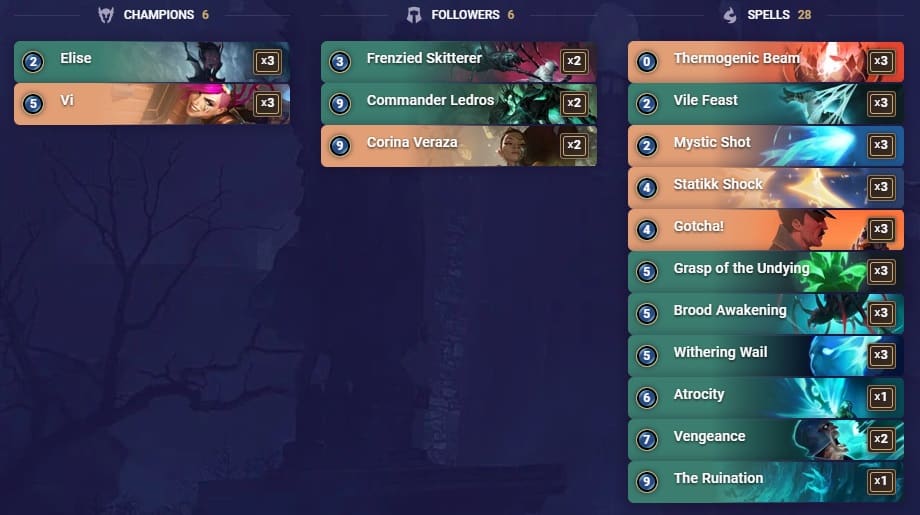 With lots of removal and healing at its disposal, this new Corina list now featuring Vi is the counter to aggro decks. It can struggle a bit when dealing with other control decks, against which pressuring your opponent with spiders will be key, before ending the game with the Ledros-Atrocity combo.

Draven Burn is the most aggressive deck in the meta, able to close games out by Turn 5. The deck gained a lot of power from the addition of Imperial Demolitionist and Noxian Fervor, making it more consistent than ever. However, one thing hasn’t changed: if you don't manage to win the game by Turn 7, you’re probably going to lose.

Donger’s back, but this time he has found himself a new partner in Vi, who’s ready to destroy Midrange players. Be careful, as once your HP get too low, the pressure starts to get to her head. Keep an eye on those Burn decks, as they tend to catch her off guard. It’s not all about Vi - don’t sleep on Donger for the extra pressure and the combo comebacks on Turn 5! 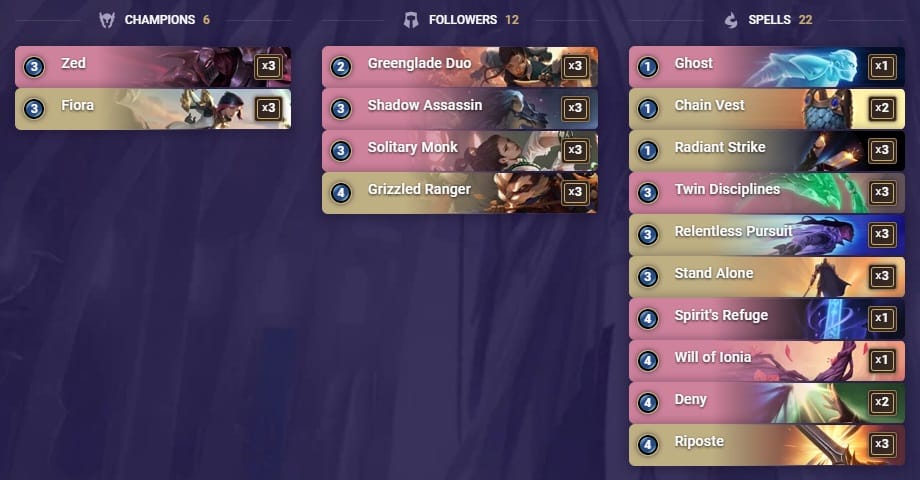 The Elusives list that took over the ladder during the last days of the beta is still a popular choice as a deck to climb with. You keep passing until Turn 3, where you drop Solitary Monk, Zed or Fiora in combination with Stand Alone to go in for a big swing. You have the tools to protect and buff the unit you invested in and you can close games out quickly through multiple attacks enabled by Relentless Pursuit.

This deck is designed to clear the board in the early/mid-stages, using damage-based removal spells such as Parrrley and Make it Rain in combination with Powder Kegs. This levels up Swain in preparation for the late game, where you'll aim to take control of the board by stunning the opponent's big units.

If you enjoy having explosive turns where you can jam tons of huge units, you should definitely play this deck! It aims to survive the early game with healing, while working towards getting deep by tossing cards. Once you get there, you can stabilize the board using large sea monsters and put your opponent on a clock when Maokai levels up. However, as with great power comes great mana cost, Will of Ionia can prove to be a serious threat.

Play your keg-empow(d)ered spells to level Ezreal up, then kill the opponent with his passive ability. Make it Rain will allow you to trigger Ezreal’s targeting condition in no time, which leads to some really early flips. The deck will struggle to clear the opposing board, since its spells have relatively low base damage, making it rather unreliable.