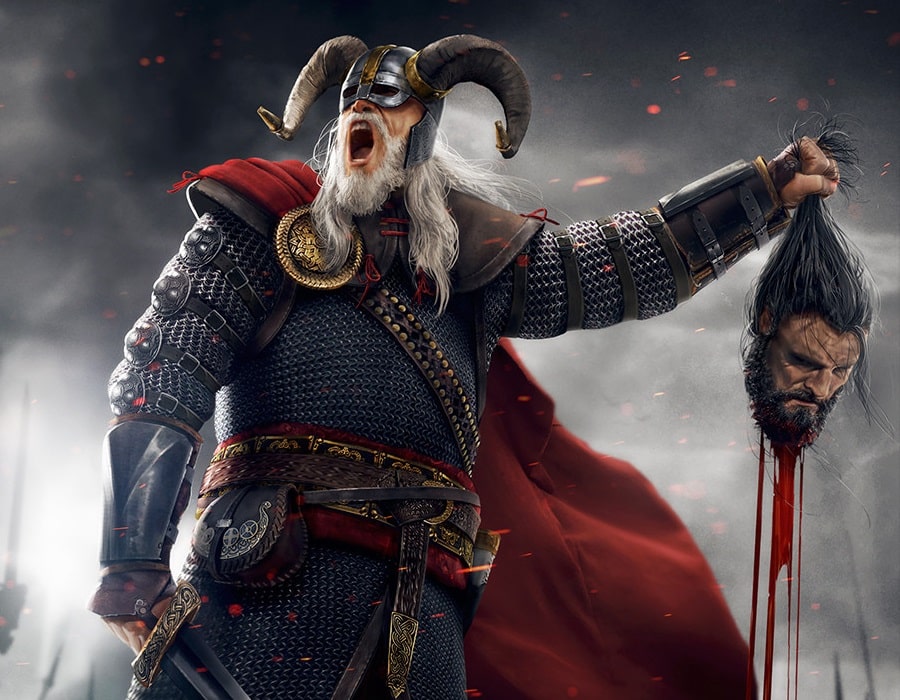 How to build Harald

Hello people, SirLoathing here. In this article, we will be looking at the meta-defining Harald the Cripple deck. I will first tell you my personal story about how I found Harald in the last season. We will then define the core cards for Harald and I will also show you how to customize the deck to fit your own playstyle.

How I found Harald

The last pro ladder season, between two and a half weeks of traveling abroad and my new job, I went into the last few days of the month with about 20 placements played. I took 2 days off work and decided I was going to go 48 hours on placements in order to stay in the pro ladder. In the past, I am a player who enjoys brewing my own decks, especially degenerate ones, but there wasn't any time left. For ST, I skimmed through popular lists, but was unhappy with them. Thus I decided to update a very old Geralt: Igni and elves list I played in Season 1 of Homecoming. Unfortunately, this placed me at relatively unacceptable 2,428.

Current Henselt and AQ have been favourites of mine and were easy choices. However, my Henselt score peaked early at 2,448 and I had a bit of a lose streak. He is a leader heavily affected by the meta and the last 2 days had too much Crach and Gimpy, not to mention NG with Auckes. This left me needing to place at just around 2500 with SK, or being forced to push peaks with the other factions. As such, I did what any player looking for results does: I netdecked TLG.

Green-Knight had recently been kind enough to send me a Harald list that he and GameKing had just built together for GameKings final SK climb. In general, they both enjoy consistent and powerful decks, so when they sent me something that was a collab, I knew it was going to be a beast.

I was slightly surprised that it included Royal Decree, a card I had been teased for playing back in the witcher triplet era. It also surprised me how many self-damage engines the deck played, because I had little experience with Svalblod Priest outside of the many hours of pre-Homecoming Boats (Boat was the beta card which Svalblod Priest had been based on). Green-Knight jokingly called Svalblod Priest his bronze "Speartip," because it was worth 12 points when played correctly.

To put it bluntly; the deck was fairly easy to pilot and much more powerful than anything else going on at that moment in the meta. For my MTG players, it felt like I had been handed Caw-Blade before it won a single tournament. This deck easily boasted the longest winning streak I ever had on the ladder. Although I had to play 9 games past my placements, at 2,496 it did eventually finish high enough to keep me in the pro ladder.

The core of Harald decks

The bread and butter of the deck are bronzes that are often worth 2 or more points over their provision cost, backed by multiple golds that are either difficult to remove (such as Harald Houndsnout and Svalblood Totem) or are worth a high raw point value (such as the Olaf/Knut combo and Dagur/leader combo). There are other ways to build Harald as more of a control leader, but this article will only be looking at decks that play a high number of value cards.

I would argue that the cards above must be included for the deck to maintain its value threshold. All of them perform too high above their provision cost to be removed. This does leave a few flexible slots. The deck did receive a nerf to Cleaver and Hjalmar by one provision each and the meta has shifted some.

Harald Houndsnout and Svalblod Totem provide incredibly resilient round openers. Often times, you don't open Round 1 with them, but they do give you a great way to kick off a push. To a lesser extent, Longship or even Olaf do this as well.

What sets Houndsnout and Totem apart, is that there is no reasonable response in the current meta that would remove both halves of either of these cards. This allows you to start building a board and produce momentum, kind of similar to how Henselt can produce two units in one turn with his leader ability, or with Portal and utilize that to snowball a round.

Dagur Two Blades with your leader ability and Olaf combined with Knut provide large point plays. When timed well, they are incredibly difficult for your opponent to oppose. Unlike other swingy plays such as Kayran + Detlaff: Higher Vampire, these cards also flex as solid removal. Sometimes you close the game out with the "classic" 20 value Dagur, but almost as often you mid-round Dagur and leader to remove an engine, Milva, or even just to ensure bloodthirst. Knut, similarly, can be utilized as removal when your opponent represents a way to deal with Olaf. This flexibility in your finishers really sets Harald apart from the average pointslam deck.

Our sticky threats and Knut have a strong synergy with a pack of bronzes that generate points through self-wounding. Svalblod Priest provides you with an insane amount of flexibility. Yes, it can simply be a one point per turn engine, but sometimes it activates your Shieldmaidens or transforms Fanatics. Svalblod Butcher offers this at immediate value and Heymaey Protector generally comes down as a 4 or 5 power unit (play him when you have an active Longship or Priest) and can be another huge engine. I prefer to run one copy of the conditional self-wound cards like Protector and Fanatic.

The rest of the core

The rest of the core cards are Skjall, Ulfhedinn, one copy of Primal Savagery, two Svalblod Ravagers and Royal Decree.

Skjall is simply the most cost-efficient removal option available. Ulfhedinn always meets his provision cost, while often reaching even more value. Primal Savagery is a 7 for 5 in every matchup. Ravager is very easy to activate as a 6 for 4. Finally, Royal Decree is no longer a negotiable choice. There are certain cards we must find in every game and without the discard package or more thinning, Decree is the only reliable way to put together your crucial combos consistently.

Customizing the deck to fit your playstyle

Although all of the following decks will include Geralt Rivia and most will include Hjalmar, I wouldn't say that they are necessary additions to the deck's core. At the moment of writing this article, I lean heavily towards both, but a meta could arise where Geralt is blanked and we choose other removal options. Similarly, a meta more focused on Round 1 would lead to Cleaver being a better choice than Hjalmar as our other 10 provision removal option.

Let's take a look at a few configurations!

Geralt of Rivia and Hjalmar are included because as I have mentioned above, they are currently strong. With the rise of Summoning Circle decks, Frenzied D'ao provides some assurance that doesn't force you to push an opponent in Round 2 just because you suspect artifacts. This reduces the chance of losing to random decks on the ladder.

The cost is that you are weaker against Henselt (and other engine decks) and a bit weaker in the mirror. Notice that we are playing a single Cutthroat over a second Protector or a single Marauder. Protector is an incredibly high reward card, but requires a self-wound engine to stick. Cutthroat usually reaches 5 value and often enables Ravager. It's also worth mentioning that this version was recommended to me by Green-Knight for Season of Magic until the meta calms down.

This is the configuration posted in the meta report concurrent with this article. Credit for this configuration goes to our teammate Alessio. Djenge Frett is a great card against engines. Disgraced Brawler helps us with empowering Hjalmar, while offering solid reach in Round 1. Thanks to both inclusions, this variation is stronger not only against NR engines, but also deals with your opponent's Svalblod Priest in the mirror much easier.

The second Protector helps us find long round value and punishes an opponent that uses their removal on Houndsnout or Fanatic. Overall, you will have more points on average than with the other versions. Not having any artifact removal means that we might end up losing Round 1 to Summoning Circle and that if we suspect artifacts from Arachas Queen, we must invest a lot of resources into the first round and then push Round 2.

For the most part, all of these configurations change a few bronze cards to adapt to different playstyles (more engines vs more consistency vs more upfront points). Each configuration also has one or even two differences in the gold cards.

Let me show you one more deck!

Here we choose Cleaver over Hjalmar and Donar over Frenzied D'ao or Djenge. Cleaver encourages us to play Round 1 very aggressively. How difficult is it to enable Donar's Bloodthirst? This version was made by LordBushwook, note that he has included two Cutthroats to help us with enabling our Donar.

If you start with the core of 19 cards that was posted earlier, you can customize the deck to fit your playstyle. It can be "safer against artifacts" (thus allowing you to pass earlier in Round 1) or better in mirrors matches and against engines. You can also choose to be more aggressive towards winning the first round. It isn't very clear which direction is the best.

Play whatever works for you. When a certain deck becomes popular, your opponents know exactly how to play around it.

Originally, I hoped to fit in a matchup guide. Unfortunately, we are far beyond my word limit. Please let me know in the comments on reddit or on our discord server how you prefer to play Harald and if there is enough interest, I will try to produce a mulligan and matchup guide for Harald. Team Leviathan Gaming Discord: https://discord.gg/mYWN9eV SirLoathing has been playing Gwent since the Closed Beta 2016 and almost every season, he boasts a Top 100 finish. In the community, he enjoys mentoring other players and has coached a lot of folks to their first GM/Pro Ladder finish through The Lodge of Sorceresses. He does have a penchant for degenerate engine-based decks. SirLoathing looks forward to creating Gwent content that focuses on comprehensible analysis and helps any player with making their own competitive choices.