Hey guys, TLG’s Wusubi here with our first patch preview. It has been almost two weeks and the meta has settled down, so let’s take a quick look at the most impactful changes.

This card was the biggest offender for the vast majority of players, so it shouldn’t come as too big of a surprise that CDPR made the decision to kill the card. You don’t have to be constantly worried about Regis and his reach anymore. This makes playing engines, consuming units or even using your Tactical Advantage much easier. Monster mirrors would come down to having last say because of Regis, so it’s definitely a good change.

Another swing card getting deleted, which makes all of us very happy. With most decks, you simply weren’t able to match Schirru’s value in a longer R3. It was also very difficult to bleed Brouver, because Schirrú would wipe your units no matter how much you tried to play around it. This change makes bleeding easier and Schirrú doesn’t see any play.

Amazing change. Both cards still see play in midrange decks such as Crach or Morvran, but it’s not so easy to kill anything with Chironex deal 8 damage anymore. You have to play Unicorn and it has to stick on the board. This change also makes engines better.

Power changed from 4 to 2

Yrden having 2 less power is actually impactful. It still sees some play as a tech card, but missing those points can be game losing. This is another indirect buff to Monsters.

Power changed from 4 to 3

Professional sees the same amount of play in leaders with ping abilities such as Crach.

Each faction has a new leader. Are they good and fun? Let’s break them down. 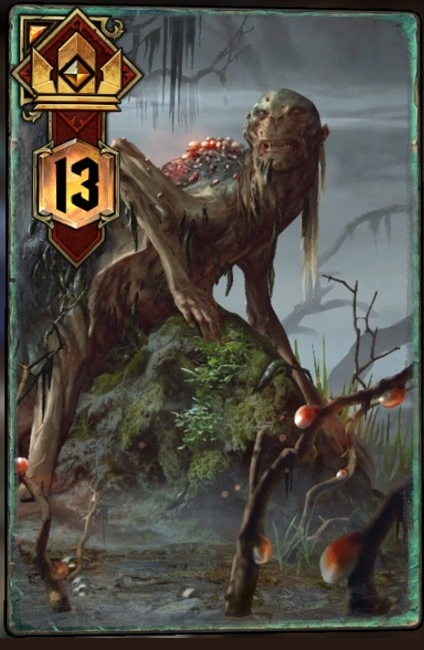 Order: Spawn and play Gernichora’s Fruit. Every allied turn, on turn start, refresh this ability if you do not control any Fruits. Fruit has 1 power, Thrive ability and is Doomed.

Very strong ability, which is why Gernichora sees a lot of play across the entire ladder. Fruit gives her better control over rounds than Woody and can she can push R2 easier.

Fruit makes Brewess better and it also allows you to play cards like Cyclops and Griffin. The best approach is to let Fruit thrive a bit and then consume/throw it to replay it again. 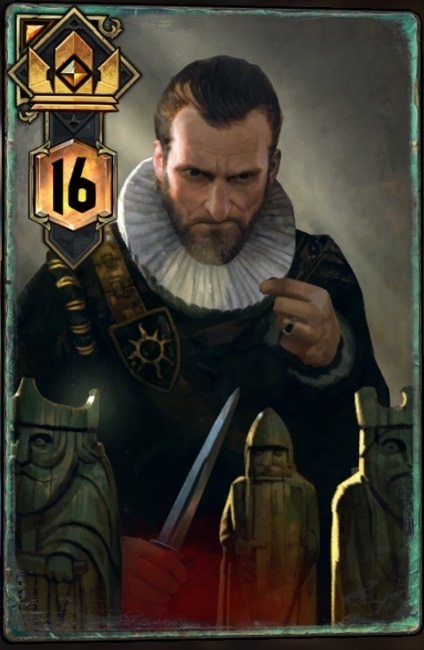 Order: Seize an enemy unit with 3 or less power

Ardal is… underwhelming. While his ability can be 6-8 points and steal an engine, Morvran is better overall because he has more provisions and his ability is flexible.

Ardal can immediately steal an engine you create with Operator, which means you’re playing two engines in the same turn. Usually one of them sticks and gets the job done. The popular combo is Operator with Master of Disguise. Is it any good? No, but it’s fun. 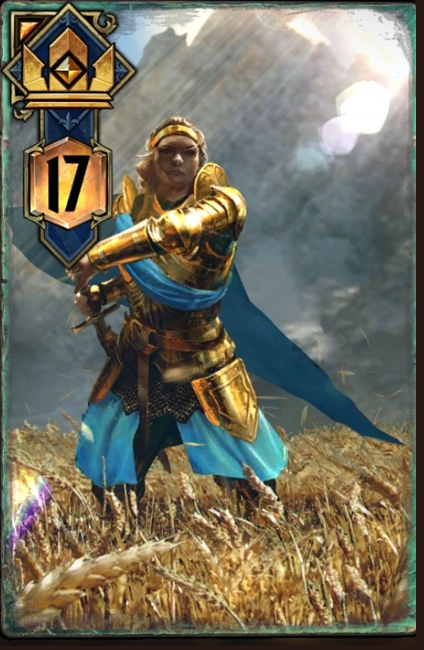 Her ability might seem boring and mediocre, but it’s exaclty what the faction needed. There are already so many different approaches to playing Meve. NR is great again!

Anna Strenger works nicely with Meve’s ability. You’re starting to get the general idea. Your opponent can only answer so many engines and you have nothing but engines. Some will eventually stick on the board and overwhelm most decks in a longer round. 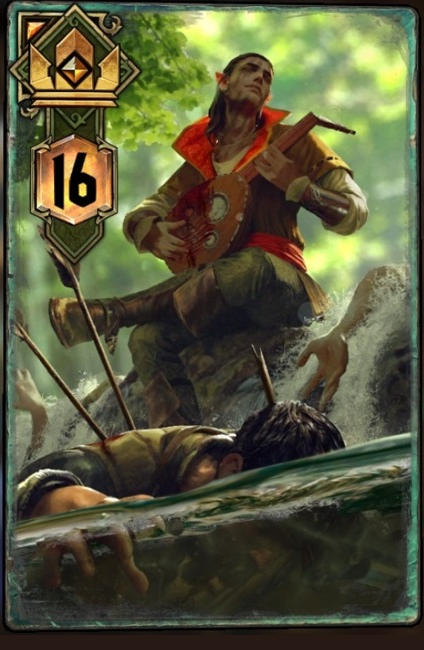 Oh look, a trap leader. That must be frustrating to play against, right? Well not really. You just push them. This leader is awful on blue coin, because traps have low tempo.

There are some decent traps to play such as Crushing, Pitfall or even Mahakam Horn, but Eldain’s leader ability is lackluster. Traps actually see play, but with Brouver Hoog. 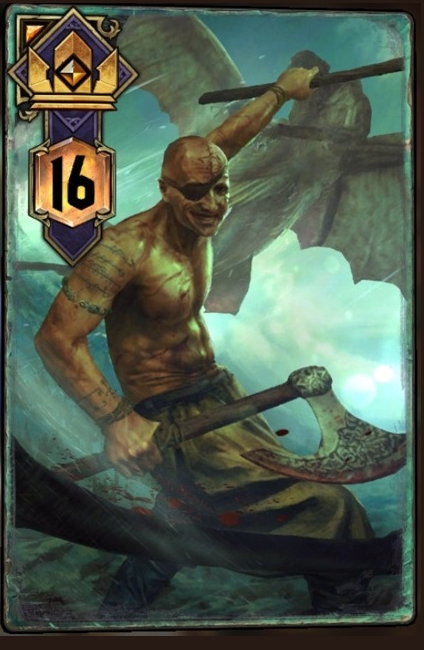 Order: Spawn and play Arnjolf the Patricide.
Arnjolf has 9 power, spawns 3 Defeaning Sirens on the opposite row, then damages them by 1.
This means a 6 point play with 3 Bloodthirst.

Arnjolf has some Bloodthirst synergies with cards such as Svanrige and Madman Lugos.

You can use him as a finisher, or to create bodies for cards like Wild Board of the Sea.

While his leader ability is very unique, it plays right into tall removal. Everyone runs tall removal because of Monsters, which is exactly why you should try to force a longer R3.

Provision changes to other leaders

There are midrange Bran variations on the ladder. Almost as powerful as Crach.

Even with Regis nerf, Harald doesn’t see play. He’s weaker than other leaders.

It feels like CDPR is behind on the meta. Morvran took Emhyr’s place a long time ago.

Shupe: Hunter, Zoltan: Scoundrel and all the different kinds of Emhyr abuse are dead, especially with the change to Unicorns. You will be sorely missed papi, Rest in peace.

Losing 1 power has affected Gimpy’s play rate a bit. Most factions have different, sometimes more valuable options for an 8 provision card, which is why he isn’t played as much anymore.

Avallac’h’s Order ability can now only be used on the ranged row.

A neat change. At 6 power he would often die to Geralt: Professional. If you time him correctly and make a card like Vysogota of Corvo immune, it can win you the game.

Eist was good for like 2 days and that was quite a while ago. This wasn’t necessary.

This is a buff because Ozzrel doesn’t play into Geralt: Professional anymore. With all these nerfs to control cards, Monsters infested the entire ladder. This also means that everyone is running tall removal to counter them, which can also be counterproductive.

Healthy changes to the Skellige discard package. It’s still the most consistent faction.

If Birna and Haymaey Skald see similar changes to provisions or power in the future, Skellige might not be as dominant. They generate way too many points while thinning.

They tried to make Eldain playable. Crushing Trap and Makaham Horn are decent in Brouver.

Lot of changes to Nilfgaard’s bronze core. Nilfgaardian Knight is the blue coin Marauder, that’s such a great change. If you play him later, he still makes your Leo or Peter better.

I’m not sure what they were thinking with the Enforcer change. Ardal Operator Enforcer spy deck meme without any tactics? Sounds like Eldain tier, but I guess it’s an option.
Infiltrator can replace Spotter in Shupe decks with the provision changes. Mange is still playable in Morvran, albeit much worse than it used to be. I think they should have kept it at 3 power and increase its provision cost to 5 instead. And finally, Coin Tosser dead.