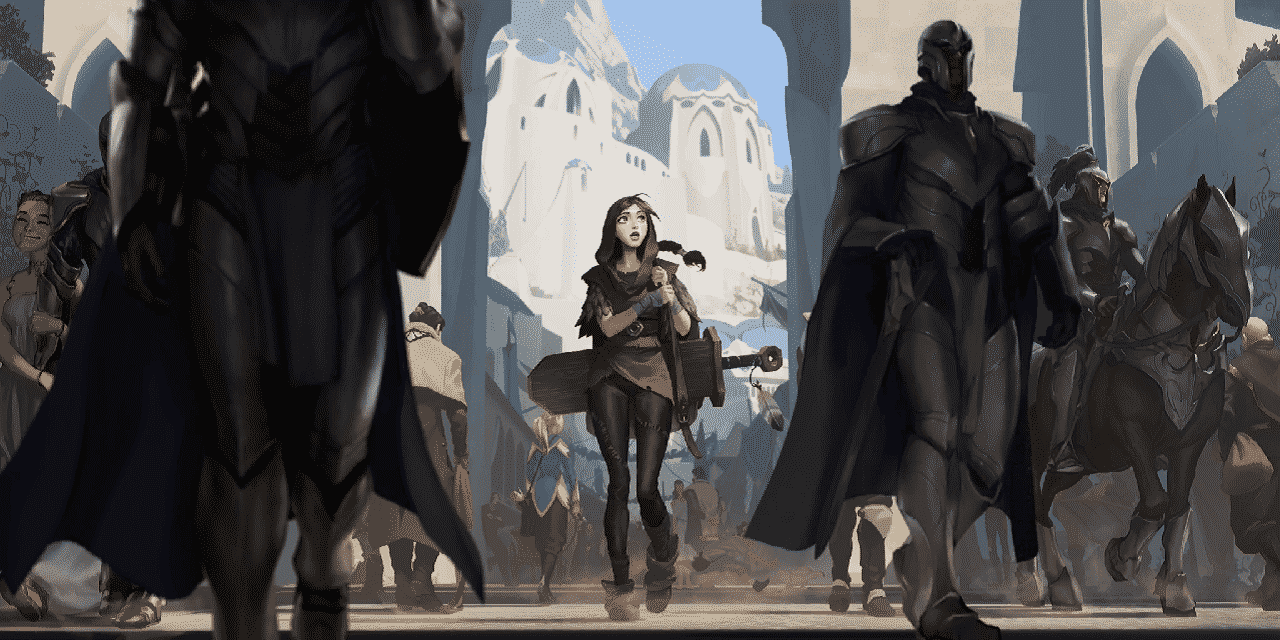 Hi everyone! It’s Daddys Home, Masters player from Australia, coming at you with a new beginner's guide!

This article is aimed at newer players, so hopefully, you can learn something! If you prefer your guides in video format, then I suggest watching the video version instead. It will probably be the most helpful if you are in the earlier stages of learning the game.

If you prefer reading, here are the 7 mistakes every new player makes in Legends of Runeterra.

Not adapting your mulligan to your opponent’s gameplan

If you don’t already know, the ‘mulligan’ is the part before the game where you get to modify your starting hand. If you're a new player you’ll probably be doing what I did when I first started playing card games. Look at the cards given to you in the mulligan, then toss all the high-cost cards and keep the cheap ones. Every. Time.

While at first, this can seem to make sense, you want cards you can use early in the game and your late game cards will come later on. But there is a better way to approach this.

With a little foresight, we can tailor our mulligan to our opponent’s game plan: by adapting our mulligan choices game-to-game, we can give ourselves the best possible chance of winning each match. Now, this can sound simple, but it is a fairly complicated process that gets easier with experience.

During the mulligan, you should ask this question: what cards match up well against my opponent’s and help enable my win condition?

It may seem unintuitive, yet often the correct move in Legends of Runeterra is to do nothing. By passing the action back to the opponent we can force them to make a move or end the turn.

This is most useful when you are playing the slower, more reactive deck and your opponent is playing the faster, more aggressive deck.

By playing more passively, you can bait them into overextending on board, which also gives you extra information to play with. For example, passing against a tempo deck will usually result in them dropping their minions on curve, allowing you to play with freedom of information.

Tip: One sneaky move you can do is play a burst speed spell then pass, this frequently baits the opponent into acting, but if they pass back you get another action. Neat!

So you're new to the game and you're playing Bannerman, the game is going well and the opponent is playing Shadow Isles. After a hard slog, you have got them down to 2 Nexus health. It’s your attack next turn and you want to get as many minions down on the board to finish off the opponent, so you play all of your cards (thinking you have won the game).

Your opponent Braum emotes and suddenly The Ruination wipes the board clean, leaving you with no cards and a defeat screen. Been there? The good news is we can play around this!

By taking a more measured approach, we can mitigate the risk and preserve our resources. Ideally, we want to strike a balance between pressure and risk. If we already have good pressure on board, why increase our risk? Inversely, if we have no pressure, we may need to increase our risk.

By playing a select few cards, we can apply enough pressure to threaten the opponent, forcing them to either make a suboptimal play or pass. This is the power of balancing our pressure and risk.

Not accounting for stat gains when a champion levels up

Ever blocked into a champion thinking you could take them out only to have your opponent level them up and give them an increase of 1/1 in stats? Because this happened to me a few times while I was learning the game.

When in combat with a level 1 champion, you need to be aware that it can level up that round and make sure you play around it if possible. In fact, it is a good habit to check your opponent’s champion progress at the beginning and during each round so you know exactly how close they are to leveling up.

New players frequently give away information for free whereas a higher-level player will keep their cards close to their chest.

One example of this could be putting a spell on the stack and then removing it before confirming the spell. The opponent has seen the spell go to the stack and now knows that you were considering casting the spell. Additionally, they can make a decent guess at what the spell is depending on the situation.

It is better to decide what spell you want to play, then cast it immediately. This way, you keep Sun Tzu's spirit happy by being a good general and not giving your enemy free information.

Not spreading out your buffs

When starting out it may seem like the right move to buff up your strongest ally, but in many cases, it is much more efficient to spread out your buffs among minions, especially if you are attacking.

If you place your buffs - either permanent or temporary - on your strongest unit, you create a single point of failure for your board. If you do this, the enemy can answer with a removal like Vengeance or Will of Ionia and your investment in the board has been lost.

The way to play around this is to diversify your investment. By spreading out our investment, we create value in multiple areas, which forces the opponent to find multiple answers instead of one.

Naturally, there are some situations where this is not the case, such as if you have Overwhelm damage and are going for lethal or perhaps you want to meet a level up condition, but most of the time it is correct to diversify our buffs and avoid causing that single point of failure.

Focusing on the results and not the gameplay

This is the single biggest thing that will change your life when it comes to card games. Do not focus on the result. The win or loss screen does not matter. What matters is how well you played the game.

The nature of card games means you cannot win every single game even against much lower-skilled players. The only thing you can do is play with the information you have and try to make the best possible decisions.